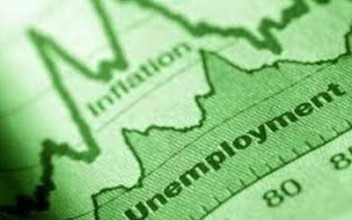 As we discussed yesterday, news is very important in the forex market as it is the one factor that has the power to make it move in any meaningful way.

When any news that is relevant to the market you are trading comes out, it’s fairly likely that there will be some kind of market movement, and this can be particularly pronounced when it is an important piece of news that everyone is watching. As a trader, your aim is to get on the right side of the move, which can be tricky to predict, but the fact that you know the market is likely to make a big move around a certain time makes it worth keeping an eye on it regardless.

The Dangers of Trading the News

As is the case with any trading strategy, there are always a few potential pitfalls. One is the fact that the increased volatility during important news events can cause dealers to widen their spreads, increasing the cost of doing business.

Another potential danger is that the huge increase in market activity could overload the servers and you get “locked out”. This means that, although your trade should be executed at the correct time, it might not show up on your display for a few minutes.

So, if the trade goes badly against you, you won’t be able to adjust the trade until it is too late. Also, if you thought your trade didn’t get executed, and enter another trade, you might realise a few minutes later that both trades got triggered, taking you out of your risk comfort zone.

During periods of extreme volatility, slippage can become a major issue. This occurs when you want to enter the market at a certain price, but by the time your order is executed, the price has moved substantially.

Trying to gauge the direction of the market in the immediate aftermath of a major news release can be frustratingly tricky. Sometimes, the market will shoot off in one direction only to whipsaw back in the other direction soon afterwards. It takes a lot of practice and planning to be able to consistently profit by trading the news. In the next few lessons, we’re going to show how to plan for these events, and how and when it is best to react to them.