Everybody needs some sort of inspiration before doing something. Similarly, when you talk about investing money in the hopes that you would gradually begin to earn high returns, it is first necessary to learn from the pros and how they used to do it and what they have to say about both new and experienced investors. So, for your satisfaction and for your motivation, here are 5 of the most inspiration trading quotes you can start applying to your daily trading activities.

Josh Brolin did a movie back in 2010, named Wall Street: Money Never Sleeps in which he portrayed the role of Bretton James, a top New York banker. The point is Josh Brolin has also made a fortune playing investment games and a major chunk of his $35 million wealth is made from fortune trading. He even founded the famous website MarketProbability.com, which is now non-operational.

His best tip for beginners in the stock market is to avoid ‘revenge trading’ which is a term given to the activity where an investor punished the market because of a loss he incurred, so he ended up putting more money into the same stocks in the hopes that he would recover the money. Brolin advises against this and to accept your losses and move on, there is no point in being stuck in the stock market.

Ah, George Soros, he is most likely the greatest currency trader of our times. Plus, he is also a philanthropist, a great speaker and a renowned writer. Soros guaranteed his name and place in the history of economics for his incredible part in ‘Breaking the Bank of England’ 22 years ago. Soros is known to invest in highly volatile markets and is an expert on discussing turning points. The aforementioned quote from this legendary personality is a reminder for investors that no matter how volatile the market is, there will come a time of stability and that is when you cash in.

Paul Tudor Jones in 2013 was ranked by Forbes as one of the highest earning hedge fund managers amongst 40 in the world. Born in the state of Tennessee, Jones has always been serious about his work which has allowed him to eliminate ego from his career. Paul Tudor Jones is also popular for his methods, for example, he will always test everything before doing anything. He always tested low value trades till either he is certain that his plan will not work out or if he has another idea which involves a more scientific approach to his already calculated methods. Jones is also known for his constant reminders to various traders that they “need to be able to handle getting their butts kicked”.

Erin Duffy worked for Merrill Lynch till 2008, when she was laid off amidst the financial crisis that hit the US. After being laid off, the first thing she did was to write a book which detailed her experiences in the financial world. The book is named Bond Girl. And why not, as a kid Duffy would come to the trading floors with her father, her family being involved heavily in the Big Apple’s trading scene. So, it was from a young age that she profoundly grew up in the world of trade and investment.

Livermore is a living example of a ‘rags to riches’ story. Jesse Livermore was a farm boy who later went on to be nicknamed ‘The Bear of Wall Street’. He rose to make millions in the investment market and along the way he also lost a lot of his money. He is also known for his illegal ‘bucket shop’ trading.

His main trade philosophies centred around one simple fact and that is what you earn on your returns depends on how much research you are willing do about the markets. Instead of relying on other people’s advice and principles, why not make your own. 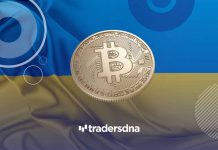 The Role Of Cryptocurrencies In The Ukraine Conflict