Forex social networks are a fast emerging trend in the world of FX trading. They allow their members to see what other traders are doing, individually and en masse, in order to gain a broader knowledge of the market and the trading strategies of others, and in some cases allow you to copy the trades of successful traders in exchange for a commission.

In almost any other market, collaborative trading of this type would be a complete no-no, but the fact that the retail FX market is so small when compared to the large inter-bank market means that the activities of retail traders have little or no effect on prices of currency pairs.

On most of the leading forex social networks, around 50% of the participants turn a profit by copying the trades of others, which compares favourably with the statistic for the retail FX market as a whole, which is closer to 30%. Here are seven of the top social media forex sites that are currently on the web.

Launched in 2009, Currensee was one of the first social networks dedicated to FX trading, and remains one of the most popular in spite of, or perhaps because of, its strict membership criteria. In order to use their features, you need to register with the network, and it only allows users to connect real trading accounts, rather than demo accounts. This acts as a fairly effective quality control mechanism, but it does exclude quite a lot of traders. Currensee can be connected to over 100 different brokers, and also offers a premium service, where you can see and copy positions taken by their elite ‘Trade Leaders’ in exchange for a deposit of several thousand dollars, and 15% of all the profits that they make for those who replicate their trades.

With over 1.75m traders in its network, and more than 200,000 live accounts, eToro can claim to be one of the most popular Forex trading networks on the web, although it caters for commodities traders as well. Users receive $10 every time somebody copies one of their trades, and their trade copy platform has one of the highest success rates around.

This is another very popular FX social network, with a huge community of traders. It does not require users to register in order to track the trades of others, and it does not differentiate between real and demo accounts. While it may not be as slick as some of the other websites on this list, the sheer amount of activity on the site more than makes up for this.

For many years, Forex Factory has been the biggest and most active FX forum on the web. Recently, the site has been overhauled to include many of the features of a Forex social network, such as market sentiment socialisation and trading performance tracking with an in depth analysis. Given the size of the community that already exists on this forum, it shouldn’t be too much of a stretch for them to grab a sizeable chunk of the Forex social networking market over the next few years.

This social media site is a spinoff of the popular Forex educational website BabyPips.com, and shares a design scheme with that website. In its favour, MeetPips is by far the most visually appealing site on this list, and offers some unique features, such as the ability to see a combined trading journal, trading plan, and trading stats for each member. On the other hand, the trading stats analysis is comparatively poor, and the small member base and relative lack of activity make it less appealing than some of the other networks on this list.

This website is very similar to MyFXBook, but can boast a slicker design and a much more intuitive user interface. However, the main selling point of a social network is the size of the community and the amount of social activity, and in these regards it falls somewhat short of MyFXBook. However, as a tool for strategy analysis, it can come in very useful indeed.

This network was set up by US trading software provider Interbank FX, and is fairly similar to sites such as MyFXBook and FXSTAT. They offer free membership, and the network can be linked to a wide variety of different FX brokers. In terms of activity, it is not the busiest site on this list by any stretch of the imagination, but its clutter-free design and intuitive interface make it ideal for those who are new to the world of forex social networking. 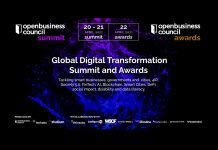