The recent fall in crypto currency prices saw the market valuation of the 50 largest Blockchain companies in Switzerland and Liechtenstein’s Crypto Valley plunge from US$44 billion to $20 billion in the fourth quarter of 2018. Over the same period, however, the number of participating companies soared by 20% from 629 to 750. Among them are four so-called ‘unicorns’ – start-ups already worth billions of dollars.

Investment company CV VC, in collaboration with PwC Strategy & and IT partner inacta, has published its new quarterly list of the largest and most important companies in Switzerland and Liechtenstein’s Crypto Valley Blockchain cluster.

The survey finds that, at the end of December 2018, the cluster contained 750 companies using the distributed ledger technology that defines Blockchain. This corresponds to a growth of 121 companies, or almost 20% compared to the last count at the end of September 2018.

The data comes from CV Maps, an online directory of blockchain companies in Switzerland and Liechtenstein, which is maintained by CV VC. Mathias Ruch, Founder and CEO of CV VC said: “This new report clearly reflects the market correction that started in early 2018, which is significantly based on cryptocurrencies. However, it also shows that companies developing blockchain-based applications and infrastructure solutions have been able to keep up, while an impressive number of new startups with innovative use-cases have risen to the top.”

20% of the global market in Switzerland and Liechtenstein

‘Crypto winter’, as 2018’s severe market reversal has been nicknamed, has affected the valuation of participating companies but not their number. The market capitalization of the top 50 dropped from $44 billion to $20 billion in Q4 2018, a decrease of 55%. Most cryptocurrencies worldwide lost value during this period. The global crypto market according to Coinmarketcap was valued at the end of 2018 at $130 billion. The Crypto Valley Top 50 accounts for nearly 20% of this market. Ralf Glabischnig, Founder and Managing Partner at inacta: “In addition to the growing number of startups we observe increased activities of corporates entering the blockchain space with their own projects or startup investments”.

On average, the top 50 companies are valued at $400 million each. Excluding the five largest, the average figure is still $365million; a sign that concentration is relatively low. The average valuation of all 750 companies was estimated at $27 million. Four unicorns – startups valued at over $1billion – are present in Crypto Valley: Ethereum, Bitmain, Dfinity and Cardano.

Around 420 people work in Switzerland and Liechtenstein in the 50 largest blockchain companies. Overall, the industry employs more than 3,300 people, most of them in the area between Zug and Zurich. The survey finds that it is business as usual for many companies despite the collapse in value on the crypto exchanges.

While over half of Blockchain companies are based in the canton of Zug, Crypto Valley extends to many other Swiss cantons: 42 are now in Geneva and 39 in Ticino. Switzerland’s neighbouring microstate of Liechtenstein registers 38 crypto companies according to CV Maps. There are no entries in the blockchain register yet from Appenzell, Innerrhoden, Glarus, Jura and Obwalden.

Dr. Daniel Diemers, Blockchain Leader EMEA bei PwC Strategy: “This high dynamic in the middle of the crypto winter is very positive. It shows that the appeal of Switzerland as one of the world’s most attractive locations for blockchain startups remains unbroken”.

In addition to CV Map’s database, sources for the quarterly Top 50 survey include company registers, crypto exchanges, media reports and LinkedIn. In cooperation with PwC Strategy & Switzerland, various valuation criteria and data were established as the basis of the survey: funding, market capitalization, number of employees, and age of company, all weighted on a scale of 1 to 10. Where no data was available, estimates were made and declared as such. 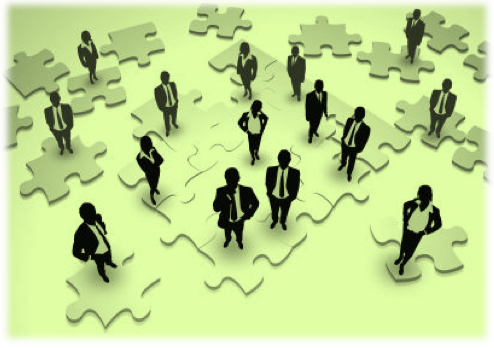 Why Job Creation Will Not Derail Higher Rates