The ICO space saw a boom in the last couple of years and has been looked upon as a valid alternative to Initial Public Offerings. Less regulation, more opportunity for the average investor to “get in early” and the excitement of new technology have all made this funding alternative as a very real way to make entrepreneurial dreams come true.

I recently had the pleasure of meeting up with a number of companies in the crypto space and they all suggested that we are seeing a revolt against IPO’s due to investments being heavily in favour of venture capitalist getting the most out of it. This has seen a huge rise in ICO’s and expected to see the same for STO’s. Aside from raising funds, a major benefit of these token offerings is that it has brought in a community and supporters.

This has been extremely positive for them and has brought enthusiasm and motivation to all involved including token holders. As an example, a few companies have between 3000-8000 members of which ¼ are active every 30 days. An impressive figure for smaller crypto companies and one that shows the enthusiasm that token offerings can bring.

More recently, ICO’s are being seen as purely speculative and a money making opportunity. Additionally they are being looked upon with scepticism by investors and regulators alike. This has a lot to do with the huge number of ICO’s being launched, often with no real vision or potential product, as well as outright scams. As if it wasn’t already difficult enough to meet such aspirational objectives with the myriad of technological issues they face, these additional pressures only make it more difficult for ICO’s with a genuine and innovative proposition to prosper or survive.

Due to a number of scams (80% of ICO’s are now considered to have been scams according to a study by Statis Group) and the crash of the crypto market however, there has been the creation of a new form of ICO. a hybrid between traditional IPO’s and ICO’s. These are called Security Token Offerings (STO’s) and have more stringent requirements and regulation to follow.

With 80% having been scams, it leaves the leftover 20% of ICO’s to be successful, however according to a number of studies, 50% of these fail with the verdict still out on the rest. That means a whopping 90% have failed (if you include the scams). What does it mean for the other 10% and why do so many fail?

The fact that this is a new space based around innovation and firsts, makes the technological challenges numerous and difficult to predict. This has also been the case for a number of the companies I spoke with. One smaller company has employees based globally in over 10 countries with 8 of them being based at the Headquarters.

A couple of the companies were set up between 5 – 10 years ago with a specific vision. Whilst It was initially expected to take 2-3 years, the vision remains. The fact it has taken so long to make progress is an indication of the technological challenges that the space faces.

Many companies in the crypto space focus on timescales but the companies I spoke to by their own admission, realise these timescales were not so accurate.

“It’s always difficult to predict new technology like this and you can never be sure what problems you will face.” one CIO suggested. As a result, a few of the companies have decided to stay away from timelines although this type of honesty is rare in the space and can also be seen as a weakness by the typical cryptocurrency investors who demand timelines (whether unrealistic or not). 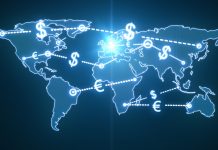