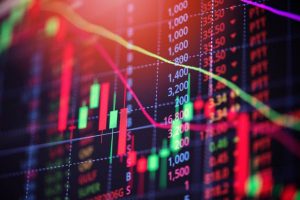 Why have the stocks had such sharp spikes and drops? How do the investors feel about it? Would investing in GameStop be the best move for you?

A day in the life of GameStop Investors

It’s no secret that stock prices fluctuate, which is why we have day opening and closing prices. But for GameStop investors, the 10th of March, 2021, will probably remain etched in their memories. What was set to be a typical trading day turned out to be an adrenaline-inducing event.

The stock price rose to $348.50, which was quite a high, topping the biggest high in 2021. No sooner had investors laid their eyes on their luck than the share price plummeted again by 40 minutes. All this took place within 25 minutes, and by closing time, the shares closed with an up of 7.3%.

This day pretty much sums up the GameStop share prices since September 2020. It has been highs and lows, leaving many investors unsure whether they should take the plunge.

The rise of GameStop Shares

At the beginning of September 2020, a GameStop share cost $7.65, but by the end of the month, one share cost $10.20. This rise was only the beginning of what would be one of the fastest increases in the stock market. It was all thanks to an activist investor (RC Ventures) that had bought a considerable stake in the company. It also helped that the investor wanted to take the business in a direction that appealed to many investors. Ryan Cohen, the CEO at RC Ventures, stirred up excitement by stating that GameStop would expand its range of goods and even work its way to competing with Amazon.

By the 4th of January, 2021, the share price was at $17.25 and was fast gaining ground. But what followed during the month was what caught the eyes of potential investors. The rise was so much that by the 27th of January, the stock price had risen to $357.51. Why?

We will start with the six million subscribers to the r/WallStreetBets subreddit who actively pushed more people to invest in the company -couple this with Elon Musk tweeting about the company and causing the stock to go up by more than 100% in a few hours. He even invested in the company, further fueling interest in it as many investors rely on his proven tactics. At some point, the stock prices almost hit $500 as the demand rose. Then the drop started. From the 29th of January, 2021, it was all downhill such that by the 22nd of February, the share price was as low as $46.00. That was still considerably high compared to the starting point in September 2020, but it caused uncertainty about the shares.

Then the rise started again, slowly but surely, and by the 10th of March, 2021, the shares were back to $265. It was all thanks to short-sellers who were cashing in on the fluctuations, which are evident in the chart. The prices went up even higher following the resignation of Jim Bell, the Chief Financial Officer.

Why is there so much fluctuation?

There is a straightforward explanation for the sharp spikes and drops- market sentiment. Many people do not read much about stocks and work with what social media figures and investment advisors tell them to do. If Elon Musk tweets that he’s going to invest in GameStop today, more people will follow him, and the share prices will be up again. If more people were to spend time running the numbers and understanding stock positions, such huge fluctuations would not be present in GameStop and other companies.

Given the substantial impact that outsiders have had on this company, it only remains to be seen what will become of this volatile stock. Will it come crashing down, or will another outsider make a move and positively influence the stock price? 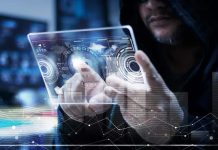