We all know the sheer vastness of the retail FX market. Hundreds of billions of dollars are traded globally every day, with 97% of intraday trading being carried out on the forex markets.

And because of these exorbitant volumes, the individual trader can be lost in a sea of information, data and analysis. Over 80% of retail FX traders lose money, and it’s of little surprise when you understand that even the most experienced trader is swimming against the tide of market volumes. It’s the masses who determine the direction prices will move in, not the individual. You can either become part of the majority, or you can try fighting against it. If you plump for the latter your account will simply be crushed under the weight of the numbers of traders you are lining yourself up against.

There is of course more than one way to ensure that you find yourself as part of the majority, rather than the minority. Technical analysis is widely used as an indicator of levels of support, resistance and trends, and good grasp of fundamental market analysis will give you a sense of how others perceive the current economic climate and its subsequent knock on effect on the markets.

But what if you could know for sure what the market was really thinking? What if a band of retail FX traders could get together and use their combined knowledge, understanding and insight to interpret market movements more accurately. And even more speculatively, what if enough traders could conjoin to have a legitimate financial pull on the market? Now that really would be something.

In a bygone era these pipedreams would be laughable, communications and shared data between the number of retail traders you would need to have a relevant influence of the way people trade would be impossible. But this isn’t a bygone era, it is the age of Web 2.0, and in particular the age of social media.

The explosion of social media has reshaped so many aspects of the modern world. The fact that people spread far and wide across the globe can interconnect and share ideas, information and opinions has had such a profound impact on the personal and business lives of entire nationalities.

The slowly all-engulfing power of social media took its time to have an impact on FX trading. Although as we’ve discussed shared information is clearly beneficial, even preferential, in the world of retail FX (as trading solo is the easiest way of becoming one of the 80% of people who lose money) the mechanisms for sharing information simply weren’t there.

That changed as the eyes of FX platforms and experts were opened to the power of Twitter. FX platforms want their account holders to be long term, successful clients, and so provide market information and education to help traders be profitable. This service has now been extended from direct mail outs to Twitter, meaning that by following a raft of analysts from across a range of FX platforms a retail trader can keep on the pulse with up to the minute breaking news and analysis. Without a social media outlet for this information there would be no way that the “sit at home” trader would have the tools to make trading decisions that Twitter allows them to do.

And now there is a clear progressive step to take this idea to the next level. With the enhancement of social media and the clear synergy between the needs of a retail FX trader and the benefits of a social media outlet the emergence of a new breed of social-investing platforms was inevitable. Platforms focusing on trader profiles, forums, discussion boards and copy trader capabilities have revolutionised the way people are now thinking about the markets, as both traditional FX traders and inexperienced newbies to the market can see the benefit of joining the majority to beat the numbers game.

At the forefront of the social investing movement is trading platform eToro. The eToro trading network already consists of more than 1.5 million users, more than a tenth of the retail forex market, sharing information on trades both already made and potentially in the future.

Of course this form of trading has its critics, especially in traditional trading sector. Copy trading means investors are putting their money on the line without knowing the reasoning behind why they’re doing it. The result of this is that when traders find themselves caught in losing positions and they won’t be educated enough to know how to rectify the situation or when to simply close the trade for a loss.

There is an increasing feeling, however, that these criticisms stem from the fact that social networks have made trading too easy, or at least presented the modern day trader with a different required skill set to be financially successful. Gone is the idea of sitting locked away from the world, scanning technical analysis graphs for a sign of how the markets are reacting, they’ve been replaced by open discussion and the need to sift through the online noise to find reliable sources upon which to base your decision making.

Of course the concept of social trading doesn’t work if experienced traders aren’t prepared to share information and trades. In reality the global FX market is so large that even a substantial group of individuals trading together isn’t going to be enough to have an impact on price, particularly on major currency pairs, so it could be argued that there is little benefit for profitable traders in divulging what trades they’re making.

In reality, however, this isn’t a factor. Profitable traders have nothing to lose by revealing their trades either, and human nature and the influence of social media and networks is a strong pull in compelling traders to tell the world just how skilled and successful they are. Of course revealing every trade they make won’t be to everyone’s taste, but the retail FX market is vast, and as the social network grows more and more traders will develop a retail career within the haven of the network.

For novice traders coming into the markets platforms like eToro clearly have a benefit over traditional platforms as they provide more immediate education and market information. The percentage of the global retail forex market trading through social trading platforms should only increase in time, especially as social trading platforms progress technologically and become more mainstream.

So whilst technical and fundamental market analysis are still key factors to being successful in the long term, for those wanting to be profitable from the forex markets, perhaps the most important skill the modern day trader needs is how to manage their social trading account. Copy trading allows social traders to ignore the markets entirely, and instead simply manage a network of other individuals who trade for them. It isn’t traditional, but for those who get it right it could be extremely profitable. 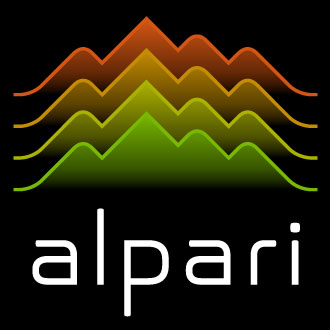