In the world of forex trading, there are several tiers of investors, but they can be loosely divided into two groups – institutional (inter-bank) traders, and retail traders. While these groups are ostensibly after the same goal, and use many of the same tools, they are worlds apart in other ways. Here, we are going to look at the main differences between these groups of traders. As a retail trader, there are obviously going to be a few of these things that you can’t do anything about, but there may be areas in which you can close the gap.

The majority of retail FX traders use the proprietary trading platforms provided by their broker, or a popular third-party alternative such as MetaTrader 4. Institutional investors, however, use mainly platforms such as BARX or Orex. The main difference between these platforms is that the institutional offerings offer functions that are tailored towards the needs of day traders working for big institutions, whereas retail platforms are geared towards the specific needs of independent online traders.

In terms of the interface and the functionality of the software, there isn’t a massive difference between the two. In fact, it is common for features that originate in the institutional offerings from major investment banks to filter down into the retail versions, in order to give them an edge in the ultra-competitive retail market. While an institutional trader might reasonably expect a more comprehensive feature set, and might require some features that would be of little use to a retail trader, the differences are not as big as you might imagine.

However, there are several institutional-grade software offerings that can also be used by independent investors. The main contenders in this arena are NinjaTrader and Tradestation, both of which we covered in our Guide to Automated Forex Software Part 2. None of these platforms are cheap – typically costing over a thousand pounds for a lifetime license, but if you require institutional-grade algorithmic trading facilities, then they could prove to be a worthwhile investment.

This is the biggest difference between retail and institutional traders. In general, most retail brokers are market-makers, in that they decide the prices that you can buy and sell at, and these orders are not actually executed in the real forex market. This needn’t necessarily be a bad thing, as the fact that you can go short or long on a currency pair means that there is no real conflict of interest. It also means that brokers can make trading much more accessible to traders without an investment bank-sized bankroll.

If you want to trade in the forex markets for real, you need to buy and sell in lots – ie a minimum of 100,000 units at a time. Of course, you can use leverage to make this more accessible, but this increases the risk level by several magnitudes. A market-making broker, however, can offer trading in much smaller volumes, as there are no market commissions to pay.

Some retail brokers do offer Straight Through Processing, which is a method of gaining direct access to the forex markets. This means that high levels of leverage are required, and execution latencies will be more dependent on the levels of liquidity that are associated with a currency pair at the time of trading. Latency can be an issue with retail platforms, and while this isn’t such a big deal for longer-term trading strategies, it can make certain short-term strategies such as algorithm trading and scalping problematic.

The big forex players, on the other hand, spend fortunes on developing ultra-low-latency communications networks, located physically close to major exchanges, in order to gain an advantage in this respect. While some retail brokers are better than others on the latency issue, there is no way to achieve institutional-grade execution speeds on a retail trading platform, unless you go through a market maker. 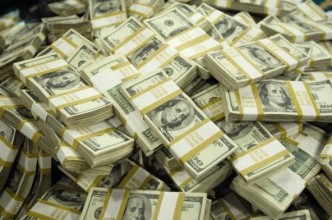 This is a fairly obvious difference, but it is worth mentioning. Major institutional traders have a lot more money to play with, so they can make much bigger trades. In fact, it is these large trades that have the biggest impact on currency prices. Because the act of making a large trade directly influences the currency price, this variable can be worked into a trading strategy. This is not possible at a retail trading level, as the retail sector accounts for just $229 billion of the $3.21 trillion average daily trading volume of the global currency market, according to the latest LeapRate figures.  Also, trading commissions are proportionally smaller on larger trades, so the cost of doing business is greatly reduced for institutional traders.

The flipside of this is that retail traders can safely share information about their trades via social media or trading networks without fear that it will negatively impact the profitability of their trades. So while being a small fish may have its disadvantages, the advantage of being able to leverage the knowledge of other traders at least partly makes up for this.

Traders at major banks and other institutions are able to access much bigger liquidity pools than retail traders. This means lower transaction costs and more timely trade execution. Liquidity isn’t a problem for traders using a market-making retail platform, because you don’t need to wait around for real people to buy or sell currency pairs in order to open or close orders. However, retail platforms that provide direct market access might not be able to offer institutional-grade liquidity, although they might still offer better value on large trades than a market maker.

Ultimately, this is the biggest difference between a part-time retail trader and a professional day trader. Even when you take into account the differences we have mentioned above, a good trader will still be able to make sizeable profits using virtually any trading platform. Professional traders working at major financial institutions have the advantage of being able to devote more time to research and learning their trade than people who trade in their spare time, and that’s the main reason that they tend to perform better.

On the other hand, this is the one variable that the independent trader can actually do something about. There are copious amounts of educational materials available online, such as our very own Traders DNA Trading Academy, and there are also several very good books on the subject, some of which we covered in our List of Best Forex Trading Books. This, coupled with a rigorous approach to analysis and a disciplined trading strategy, are the true keys to success as a currency trader, whether you are trading for a bank or not. 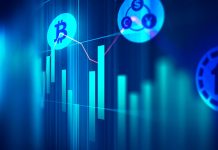