Asian and European markets were back on the defensive Wednesday, as oil prices wallowed at their lowest level since 2003, triggering a sharp selloff in mining and commodities stocks.

China’s Shanghai Composite Index fell more than 1%, adding to a historic rout that has shaved nearly 16% off the benchmark average since the start of the year.

Markets in Europe were also down sharply in midday trade, with the Euro Stoxx 50 declining 2.4%. London’s FTSE 100 Index was down 2.5%.

Plunging oil prices were once again the catalyst behind Wednesday’s sharp selloff. US West Texas Intermediate (WTI) for February delivery fell 78 cents or 2.8% to $27.67 a barrel, its lowest level on the New York Mercantile Exchange since 2003. Global benchmark Brent crude slumped 74 cents or 2.6% to $28.02 a barrel after falling below $28 earlier in the day.

Mining and commodities firms were down across the board, with Glencore, Anglo American and ArcelorMittal all falling over 5%. Oil stocks in Europe are down 13% so far this year and are trading at their lowest level since 2003.

In economic data news, US inflation fell into negative territory in December, complicating the Federal Reserve’s timetable for future rate increases. The consumer price index (CPI) fell 0.1% from a month earlier, the Labor Department said. Economists had forecast no change from the previous month.

In annualized terms, CPI was 0.7%, up from 0.5% in November. So-called core inflation, which strips away food and energy, rose 2.1% annually in December.

The global financial markets are on pace for their worst monthly performance on record. Collapsing oil prices and slower growth in China prompted the International Monetary Fund (IMF) to cut its global growth outlook for the next two years. The international lending institution forecast the world economy would grow 3.4% in 2016 and 3.6% in 2017, both years down 0.2 percentage point from the previous estimates made in October.

The outlook for both advanced economies and emerging markets were revised down by 0.2 percentage point each year, with Russia and Brazil forecast to remain in recession in 2016. 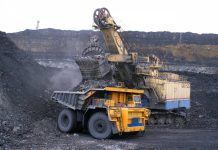 Completion Of The ZG Group Transaction Following Execution Of New...