• Eyes on the Bank of England as policymakers are set to decide on interest rates.

• Brent crude hovers around $120 a barrel as supply concerns persist.

Relief has rippled through financial markets that the Federal Reserve hasn’t dropped the ball when it comes to trying to tackle inflation but there are still concerns that central banks are playing a tough game of catch up and could overshoot in their efforts to rein it in.

On Wall Street the S&P 500 closed up 1.4%, while in Japan the Nikkei has lifted by 0.5% but the Hang Seng in Hong Kong dropped by 1.5% Worries are rising about fresh outbreaks of Covid cases across the city, denting hopes of recovery from the scourge of the virus. With parts of Beijing and Shanghai also back in lockdown, concerns swirl about the virus becoming a persistent drag on the Chinese economy. European indices are set for a mixed session ahead of the key Bank of England decision, with the FTSE 100 opening lower as investors assess what impact rate rises could have on weakening economies.

The biggest interest rate rise by the Fed in almost three decades of 0.75% didn’t come as much of a surprise, given just how red hot consumer prices still are, but it’s a drift higher from the bank’s widely flagged ‘dot plot’, and a sign that inflation has been roaring higher at a higher pace than policymakers expected just a few months ago. There is a growing expectation that this hike will be followed by another 0.75% rise in an attempt to front load efforts and bring down demand more quickly, even though this is expected to dent growth and see unemployment rise. Risks that there will be an uncomfortably hard landing for the US economy remain but it seems policymakers feel this may be a price to pay given the inflation shock the world is facing.

The focus now is sharply trained on the Bank of England’s decision later. Worries have been rising that inflation could become too hot to handle for the Bank of England, given that the UK economy is already shrinking and is sorely lacking the insulation needed to protect itself from the impact of rate rises. There overall expectation is that it’ll keep the rate rise to 0.25% but given the harder line stance taken by the Federal Reserve, some policymakers may decide to swallow the bitter pill sooner rather than later and vote for a steeper hike of 0.5%.

Although there are still high hopes that supply snarl ups around the world will start to ease, energy prices are staying stubbornly elevated, with Brent Crude hovering around $120 dollars. The price has crept up again after the International Energy Agency warned that supply will outstrip demand next year, as Russia feels the weight of embargos and demand is forecast to resurge in China.

More investors are factoring in higher rate rises in the immediate future given the eye watering pace of consumer price rises. According to the  HL Investor Confidence Survey for June, 94% expect rates to be higher over the next six months, compared to 92% in May. But there has been a slight fall in the number of investors who expect rates to stay higher further on the horizon. 75% believe they will higher over the next 3 years compared to 82% in May. This could reflect worry about a looming recession and an expectation that there may be a limit to just how far rates will keep rising, given the fragile UK economy.

The investor confidence index is compiled by surveying HL clients on a monthly basis. Each month we send the investors’ confidence survey to 6,000 random clients and there is a representative split of our clients by age. On average around 10% of clients respond. 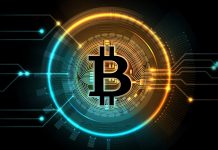