Despite recent price setbacks gold is unlikely to be negatively affected over the long run by the G7’s commitment not to engage in currency wars as the wording of the statement leaves plenty of scope to use some of the most potent instruments of currency manipulation.

If anything it looks like a sop to some of G20 members such as Russia and South Korea, which have been complaining about currency devaluations by rivals. Among the most effective ways to devalue a currency is to simply create a lot more of it through quantitative easing.

QE has become a highly addictive elixir, which has played a key role in supporting gold’s 12-year rally and in propping up equity and commodity markets. In the absence of policy alternatives, QE is likely to remain at the forefront of efforts to stimulate growth in developed economies even though some central banks admit that it is becoming less effective.

However, a number of policy makers and politicians still appear to hold the view that if they simply do monetary stimulus on a big enough scale it will eventually jump start consumer demand. Therefore a typical response to its diminishing effectiveness could be to be even more aggressive. Should that attitude prevail then it will be very bullish for gold. 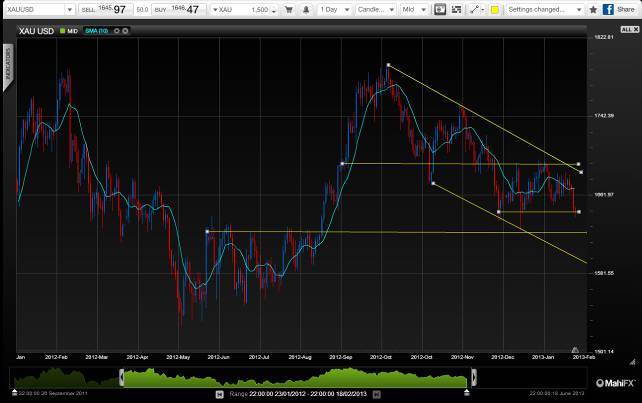 Lots of wiggle room
This part of the G7 statement does suggest some effort at discipline in the ranks or at least an openness to coordination:

“We, the G7 Ministers and Governors, reaffirm our long-standing commitment to market-determined exchange rates and to consult closely in regard to actions in foreign exchange markets.”

“We reaffirm that our fiscal and monetary policies have been and will remain oriented towards meeting our respective domestic objectives using domestic instruments, and that we will not target exchange rates.”

Firstly, this is a reaffirmation of commitments made several years back and despite that currency wars have been ongoing largely because the US Federal Reserve through its monetary policy has left other nations the choice of their currency appreciating versus the USD making their exports less competitive or importing inflation if they try to maintain exchange rates.

The UK has been quietly pursuing a similar approach and Japan has recently jumped on the bandwagon and promises some monetary shock and awe of its own. No doubt there will be statements from the G20 this week about avoiding currency wars, but it is unlikely that the summit will call time on QE by some G7 members.

Secondly, the justification for doing QE and fiscal policy adjustments is usually attributed to domestic objectives such as stimulating the economy. And that particular objective is still top priority. Fears over currency wars could see the major central banks decide to do QE in a coordinated fashion, say in response to a global stock market crash for example.

If the main central banks all went together there’s less likely to be big swings in exchange rates between the major currency pairs and they could be argued to be acting in the spirit of their commitments. The casualties will be among those not party to the concerted intervention. 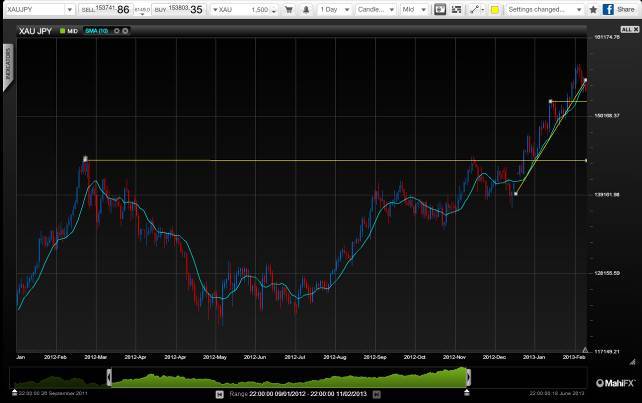 Misplaced optimism
Recently there’s been a wave of optimism that the worst of the economic malaise is over and that sentiment has manifested itself via a strong performances in equities and corporate bonds. The fact is growth in the US is still relatively weak, Europe continues to look anaemic, Japan appears no closer to a genuine sustained recovery and there are worrying signs of a China bubble.

It’s probably only a matter of months before the financial markets are once again in turmoil over fears of recession brought on by a resurrection of the Eurozone crisis, US political disagreements over fiscal policy or just a run of poor economic data. If policy makers remain true to form the response will be to do more QE.

So far the main activity being stimulated by QE is not in the real economy, but the financial one and particularly speculation. There’s a serious risk that ongoing monetary stimulus will eventually go from distorting market valuations to causing deep instability.

At some point central banks will probably give up on QE, reasoning that the balance of risks outweighs positive outcomes. Until policy makers come to that conclusion there’s still a bullish case to be made for gold. 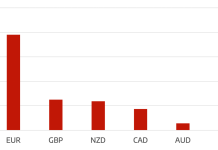 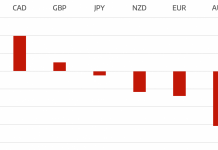