Microsoft has had an incredibly rough time throughout the year. However, this isn’t the only stock that’s been struggling. The reality is that the market overall has had a tremendously rough start to the year 2016. As global economic concerns take their toll and China continues to weigh heavy on the market, stock valuations are heading downward.

Now, don’t get me wrong Microsoft has its own issues to deal with at the moment. As the company continues to work to change its model with regard to selling operating systems, it is now forcing users to schedule Windows 10 upgrades. This is something that isn’t boding well with the general public.

Not to mention, Microsoft smartphones have seemed to have fallen off of the map entirely. Now, with the fact that the Xbox One.5 was a rumor now surfacing, investors seem even more worried about the company, moving away as uncertainty strikes.

Microsoft Announces That Xbox One.5 Is Not Going To Happen

The conversation with regard to Xbox is an incredibly important one. After all, the Xbox franchise accounts for about 3% of the company’s earnings overall. Recently, we’ve seen quite a bit of rumors popping up with regard to the Xbox and Microsoft’s plans to expand the franchise.

The rumors said that Microsoft would be releasing an Xbox One.5. However, Microsoft came out, making it clear that an Xbox One.5 isn’t going to happen. Here’s what Microsoft’s Phil Spencer had to say with regard to the concept…

“I’m not a big fan of Xbox One and a half. If we’re going to move forward, I want to move forward in big numbers. For us, our box is doing well. It performs, it’s reliable, and the servers are doing well. If we’re going to go forward with anything, like I said, I want it to be a really substantial change for people – an upgrade… Xbox neXt was an old internal team name for a group that worked on releasing Xbox One and is not related to a future console.” 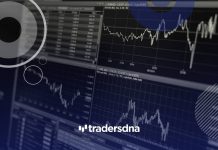 Is Intraday Data The Key To Better Volatility Estimation?