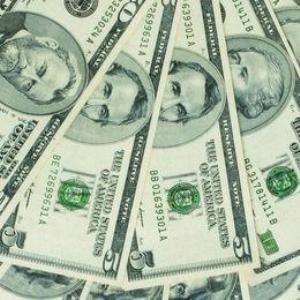 The U.S. dollar is involved in almost 85% of all foreign exchange trades, making it by far the most traded currency on the forex market. It is also the currency most used in international transactions, including bulk purchases of commodities such as crude oil, and this is one of the main reasons for its dominance of the forex market. Another reason is that it is by far the most commonly-held reserve currency by nations other than the US, and currently accounts for 62.2% of all global reserves. The dollar has played a pivotal role in the evolution of the forex market, with the Nixon administration’s decision to make the dollar a free-floating currency (rather than tying its value to a specific amount of gold under the post-war Bretton Woods system) paving the way for the formation of the global market for currency exchange. 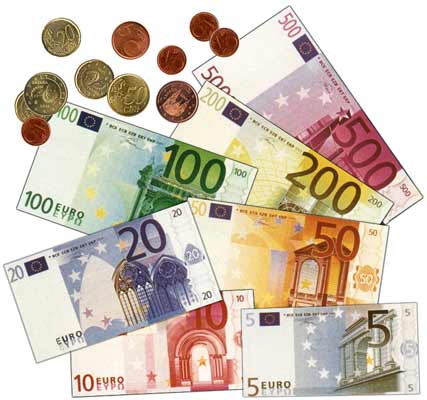 The dollar’s closest rival in terms of dominance of the forex market, the Euro, is also the most recently-established of the major currencies. Upon its launch in 1999, the Euro immediately assumed the role of default base currency for all transactions that involved it, with a higher priority than any currency. Currently, the Euro accounts for 39% of all daily transactions on the forex market. Being such a new currency, with the logistical problems that inevitably come when imposing a single currency across several economically distinct countries, the Euro has had something of a bumpy ride recently. The economic problems in the Euro zone have placed great stress on the mechanisms that hold the currency together, and there has been much speculation as to future of the European single currency. At the moment, there seems to be a strong will among members of the single currency to keep it going at all costs, but as the bailout bills mount up for countries such as Germany, political pressure to consider reverting to separate currencies is mounting.

The third most traded currency, with a 19% share of daily currency transactions, is the Japanese yen. Along with the US Dollar, the Yen has played an important role in the evolution of the forex market. In fact, it was the artificially low value of the yen, which made Japanese exports much cheaper than domestic equivalents, that led the US to abandon the Bretton Woods system in 1973. To counter the rising value of the Yen, which would surely have hurt Japan’s exports, the Japanese government became extremely pro-active in the currency markets in an effort to keep the value of the the Yen low in comparison with the dollar. The Yen went through a dramatic change in 1985 with the signing of the Plaza Accord by finance officials from several major nations, which affirmed that the dollar was overvalued in comparison with the yen. The Yen was already rising, but this announcement accelerated the process to the point where the Yen almost doubled in value within three years. Because of the Japanese government’s policy of zero interest rates, the Yen is often used in what is known as the ‘carry trade’, where traders borrow Yen to invest in currencies that pay higher rates of interest. This has had the effect of keeping the value of the yen low – the Economist estimated in 2007 that the Yen was 15% undervalued against the dollar, and 40% undervalued against the euro.

The Pound Sterling, as it is officially known, is one of the longest-established of any of the major currencies, issued by one of the oldest central banks, the Bank of England, founded in 1694. It currently accounts for 13% of all global currency trades. The valuation of the pound has been at the heart of several financial crises in the UK, such as the Sterling Crisis of 1976, which caused rampant inflation of over 27%, the recession of the early 1980s, and the forced withdrawal from the European Exchange Rate Mechanism after Black Wednesday in 1992. So far, the UK has resisted joining the Euro, and the recent crisis in the Euro zone has made it even less likely that they will join in the near future.

With over 7.6% of daily currency transactions involving the Australian Dollar, the AUD is the fifth most traded currency in the world. The ‘Aussie’, as it is known by currency traders, is a popular choice for forex trading because of the relatively high interest rates in Australia, a lack of government intervention in the currency markets, and the stability of the Australian political system and economy. It can be particularly useful as a vehicle for diversifying a portfolio containing other major currencies, particularly because of its exposure to Asian economies.

With over 6.4% of daily currency transactions, the Swiss franc is the sixth-most traded of the major currencies. With virtually zero interest rates and a legal requirement for at least 40% of the currency in circulation to be backed by gold reserves, the Swiss Franc has historically been considered a safe-haven currency in times of economic turmoil. This link to gold was abandoned in 2000, but the currency continued to be considered in this way, leading to its rapid appreciation in the aftermath of the global financial crisis. In an attempt to counter the massive overvaluation of the Swiss franc in 2011, which was making business conditions in Switzerland very difficult, the Swiss national bank took steps to increase the franc’s liquidity, including the announcement that the government was willing to buy foreign currency in unlimited quantities. This intervention stunned the currency markets, with rapid falls in the value of the franc signalling the end of its safe haven status.

The Canadian dollar is the world’s seventh most traded currency, accounting for 5.3% of all global forex transactions. Unlike most major currencies, the Canadian dollar was not fixed in value under the Bretton Woods system, although it was tied to the US dollar between 1962 and 1970. During the first half of the 70s, it was worth slightly more than the US dollar, but it started to fall dramatically during the technological boom of the 1990s, much of which was centred around the United States. Since then, it has recovered strongly due to Canada’s status as a major exporter of oil, and reached parity with the US dollar in 2007 for the first time since 1976, soaring 23% in value on the back of high oil prices. The Canadian government has not intervened in the currency markets since 1997, although it has cut interest rates after the price surge of 2007 in an effort to protect exports to the US.

The Hong Kong dollar’s share in daily currency transactions is about 2.4%. It is part of a linked exchange rate system, with the central bank taking an interventionary role to keep exchange rates with the US dollar within certain thresholds. One of its primary uses, from a forex point of view, is as a vehicle for exposure to changes in valuation to the Chinese Renminbi, which is not yet a free-floating currency. There have been suggestions, most notably from government advisor Jim Rogers, that Hong Kong should adopt the renminbi, even if it is not yet fully convertible, so the Hong Kong dollar’s days could be numbered.

At 2.2% of the global currency market, the Swedish Krona is in ninth spot. Although Sweden is obliged to join the euro at some point, due to their membership of the Euro zone, this move was opposed in a referendum, and the fact that Sweden has not been a member of the ERM II for the required two years presents a further obstacle. The value of the krona is largely dependent on Swedish monetary policy, for example falling 20% against the euro in 2008 after a dramatic interest rate cut. The krona has made major gains against the euro since, mainly due to the eurozone crisis.

The tenth spot goes to the New Zealand dollar, which has a 1.6% share of daily currency transactions. The ‘kiwi’, as it is known by traders, is a fairly volatile currency that is very much at the whims of the market. Its status as one of the more risky currencies to trade saw its value plummet in the wake of the financial crisis, although it has rebounded strongly since – to the point where pressure is growing for quantitative easing. The government has intervened three times in the currency markets since 1985, but only the first of these was successful in achieving its aims, which has put off subsequent governments from trying to manipulate the currency value by participating in the currency market.