In the first part of our series, we took an overall view of the global forex market, and gave you the lowdown on trading during Asian market hours. Today we’re going to do the same for the other major forex trading sessions: the London session, and the New York session. 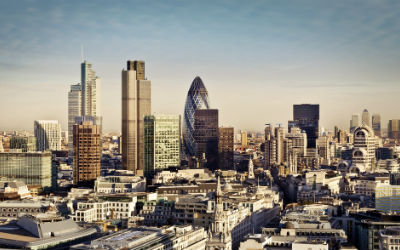 Although Europe has several major financial centres, London is the most strategically important from a forex trading point of view. Just as the Tokyo session is also considered the Asian session, the London session is also commonly referred to as the European session. Around 30% of all global currency transactions take place during the London session.

Here is a table showing average pip ranges during the London session, from May 2012.

Historically, London has always been at a center of trade, thanks to its strategic location. It’s no wonder that it is considered the forex capital of the world with thousands of businessmen making transactions every single minute. About 30% of all forex transactions happen during the London session.

Below is a table of the average pip ranges of the major currency pairs during May 2012 for the London session: 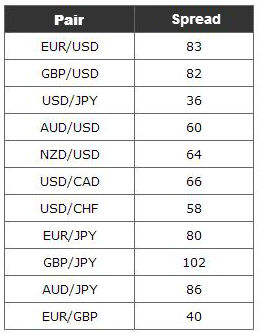 The London session sees a high trading volume, due to the fact that London is such a major trading centre, and also because it crosses over with the Tokyo and New York sessions. This makes for higher liquidity, and therefore lower transaction costs and more timely trade execution. It also means that London is usually the most volatile session, as you can see with the high average pip ranges shown above.

Almost any pair can be traded during the London session, due to the high levels of liquidity. Even so, the major pairs (EUR/USD, GBP/USD, USD/JPY, and USD/CHF) tend to have the tightest spreads of all during this time, and it is these pairs that are most directly influenced by any news reports that are released during this session.

The crossover with the Tokyo session means that yen crosses – particularly EUR/JPY and GBP/JPY – tend to see a lot of volatility around this time. However, because they are cross currency pairs, the transaction costs are higher, which is manifested in wider spreads.

The New York session is the main trading session for the American market, with New York being the biggest financial centre in the region. It’s also the last major session of the forex trading day, and of the week. Here is a table of average pip ranges across the major currency pairs during the New York session, taken from May 2012:

Most of the action in the New York session happens in the morning, when the London session is still open and most of the big economic data releases are announced. These have a much bigger impact than data releases from other time zones, due to the fact that 85% of all currency trades involve the dollar.

Volatility tends to die down in the afternoon, once most of the major announcements are out of the way, the European session has closed and the Asian session has yet to begin. This is especially the case on Friday afternoons, when the Asian and European markets have already shut up shop for the week.

You will often see reversals on Friday afternoons as American traders close their positions ahead of the weekend, thereby limiting their exposure to weekend news.

Liquidity during the first half of the New York session, which is also the second half of the European session, is very high indeed, which makes it possible to trade pretty much any pair during this time. Also, because the USD is involved in the vast majority of forex transactions (including, indirectly, cross-currency pairs), any surprises in the U.S. economic data that is released during this time can have a major impact across the entire market. 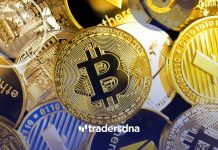