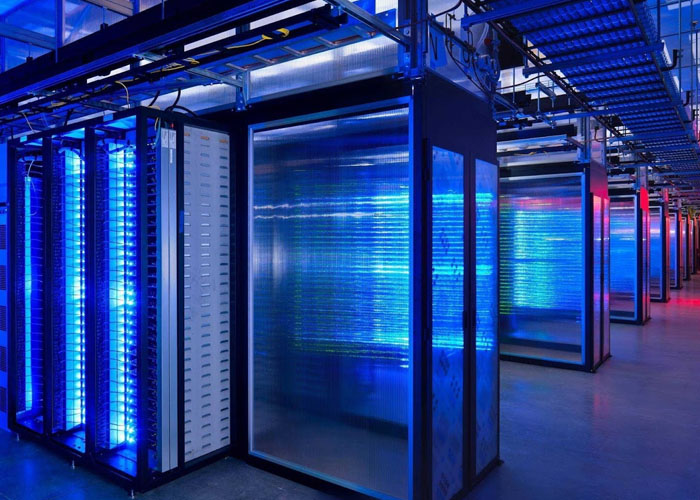 Unlike fiat currencies such as the dollar or the euro, which are produced by a mint at the behest of a central bank, Bitcoin isn’t created by one central agency. Instead, it is ‘mined’, and in this respect it shares many properties with commodities such as precious metals rather than currencies.

Of course, nobody is digging holes in the ground. The process of bitcoin mining involves compiling recent transactions into blocks – effectively helping with the vast administration effort involved with bitcoin – and trying to solve a computationally difficult puzzle. The first miner to solve the puzzle gets to put the next block on the chain and claim the rewards. These rewards act as an incentive for miners, and include both the newly ‘mined’ bitcoin and transaction fees, which are also paid to the miner in bitcoins. This process adds transactions to the block chain and releases new bitcoin.

The process of bitcoin mining is completely decentralised, and anyone with an internet connection and a suitable computer can take part. This decentralised structure helps to ensure the security of the bitcoin network, since decisions are based on consensus. Ig there is any disagreement as to whether a block should be included in the block chain, then the decision will go out to the mining power, and the decision is made by majority consensus.

There is an inherent flaw in this system, however, in that if somebody controlled more than 50% of the mining power, they could potentially use this power to corrupt the block chain. This concept is known as a ‘51% attack’, but the cost of mounting such an attack would depend on how much mining power there is in the bitcoin network. How costly such an attack would be to carry out depends largely on how much mining power is involved in the Bitcoin network, an therefore the security of the bitcoin network is dependent on the amount of mining power employed within it. This, in turn, depends on the incentives for mining – the block reward and transaction fees.

Currently, block rewards are the main incentive for miners, with transaction fees accounting for just 0.3% of revenue for miners. However, this may have to change in the future in order to continue to incentivise mining and ensure the security of bitcoins, as the block reward will eventually diminish away to nothing.

How hard is it to mine bitcoins?

The relative difficulty of mining bitcoins depends largely on the amount of effort that is being put into mining across the network. The difficulty is adjusted roughly every two weeks, or every 2016 blocks, in an effort to keep the rate of block discovery constant. Therefore, the more computational power is being used to mine bitcoins, the more difficult it will be to mine bitcoins, but if computational power is taken off the network, then it becomes easier.

As a general rule, the more difficult mining is, the less profitable it is. So, if there are more people mining, it will become less profitable for each participant. In the end, the profit is dependent first and foremost on the price of bitcoin, then the size of the block reward, and to a small degree the transaction fees.

What hardware do you need?

The mining process is open to anyone with the internet and the right hardware. Back in the early days of bitcoin, mining was performed using the CPUs of normal desktop computers. However, it was found that graphics cards – or GPUs (graphics processing units) – were more effective, and for a while these were dominant. These days, however, specific circuits known as ASICs (Application-Specific Integrated Circuit) that have been specifically designed for mining bitcoin are used by the vast majority of miners.

Because mining has become so competitive, these are the only devices that are profitable to use, given the rising energy costs associated with the mining process. Even some of the older ones (they were first introduced in 2013) are no longer profitable to use, such is the level of competition now. Much of this rapid increase in difficulty came as a result of the surge in bitcoin values throughout 2013. Also, the political power that comes with owning significant mining power is another reason that we have seen a bitcoin mining ‘arms race’ over the last year or so, as this givese you a vote in whether to accept protocol changes.

There are lots of companies now making bitcoin mining hardware, including Bitfury, HashFast, KnCMiner and Butterfly Labs, while firms such as MegaBigPower, CloudHashing, and CEX.io enable customers to lease hosted mining hardware.

With mining rewards being paid to the first miner to solve the puzzle, and the amount of computing power determining the likelihood of this happening, it can be difficult for small miners to discover the next block on their own. They can, however, participate in a mining pool, sharing computational power with others and sharing in the rewards, miners can get a steady flow of bitcoins from the day they join the pool onwards. You can find out statistics for some of the biggest mining pools on blockchain.info.

The main costs involved for miners are the hardware and the cost of the electricity required to run the mining hardware and keep it cool and adequately ventilated. As a result, some of the biggest mining operations have been purposely situated near cheap sources of electricity. For example, the biggest North American mining operation – MegaBigPower – is located beside the Columbia River in Washington State, which has the lowest electricity prices in the US thanks to plentiful hydroelectric power. Similarly, CloudHashing runs its mining operation in Iceland, where a combination of cold weather and renewable energy from hydroelectric and geothermal power creates the perfect conditions for cost-effective mining.

With the total number of bitcoins being capped at 21 million, the race is on to mine the rest of the bitcoins before the block reward diminishes to zero. The recent drops in the bitcoin price have cooled the pace of what was turning into a pretty frenzied arms race, but the difficulty remains in the ascendant, as more computing power is added to the network.