Cable traded higher on Tuesday after data from the Office for National Statistics (ONS) showed UK economic growth accelerated in the second quarter. However, gains were limited as the markets shifted their focus to the Federal Open Market Committee (FOMC), which kicked off its two-day meetings in Washington.

Cable rose to a session high of 1.5619 in Europe, its highest since July 23. Cable would later settle at 1.5586 at the start of the New York session. This reflects a gain of 0.2% or 26 pips on the day. The technical outlook on cable is slightly bullish, with initial resistance likely found at 1.5609. On the downside, initial support is located at 1.5502.

UK gross domestic product (GDP) gained traction in the second quarter, accelerating 0.7% over the previous quarter, the ONS reported on Tuesday. GDP growth had slowed to just 0.4% in the first quarter. In annualized terms, the UK economy expanded 2.6% in the April to June period.

Chancellor of the Exchequer George Osborne said the UK economy was “motoring ahead” after data showed Britain’s GDP per head was now broadly in-line with pre-crisis levels. The second quarter acceleration was driven primarily by the services sector, which accounts for more than three-quarters of UK GDP. Services output grew 0.7% in the second quarter. Industrial production, which accounts for around 15% of UK GDP, expanded 1%, official data showed.

Cable’s gains were limited on Tuesday as investors shifted their attention to the United States Federal Reserve, which coalesced in Washington for the first of a two-day policy meeting. Although no change to the US federal funds rate is expected on Wednesday, the markets will closely monitor the official rate statement and accompanying press conference for indication of future action.

The Fed, which has held interest rates at rock bottom since December 2008, is widely expected to begin raising interest rates later this year. The exact timing of the first rate adjustment is up for speculation.

The Department of Commerce will release preliminary second quarter GDP data on Thursday. According to economists, the US economy accelerated 2.6% annually in the second quarter after contracting 0.2% in the first three months of the year. 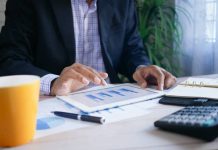