U.K. consumer confidence improved this month as Britons became more optimistic about the outlook for the economy and proved more willing to make big purchases. There are two sides to a coin however.

What’s to love about GBP?.  Not much. The UK has an economy that can’t recover for any length of time, credit rating downgrades are almost a dead certainty and worst of all there’s a risk of a vicious downward spiral if investors lose confidence.

If it wasn’t for the fact that much of the rest of the world looks pretty bleak there probably would have been a run on GBP a while ago. Such are the scale of the UK’s economic woes that GBP may now replace JPY as the dog currency on Forex markets over the coming months.

It is quite possible that GBPUSD will be test support around 1.5400-1.5350, levels last seen in the Summer of 2012. Over the longer-term, if few improvements show up, GBPUSD could even break through 1.4000, last pierced in 2009. Worryingly for GBP the current risk-off rally driving equity markets seems to have passed it by completely despite being seen as a ‘risk’ currency. The next catalyst for GBPUSD could come as early as Friday Feb 1 with the release of US non-farm payrolls. A good number is likely to be bullish for USD.

Q4 UK GDP actually fell 0.3% and there are a number of technical arguments to suggest the decline isn’t as bad as it looks, but overall 2012 was a weak year for the British economy as have been the last five years. But, a weak domestic economy is often compensated by a fall in the value of the currency – that’s happened in the UK with declines of 25-30% – followed by a pick-up in exports and less imports. That rebalancing hasn’t happened and the UK’s current account deficit is now around 3.5% of GDP, compared with 1.3% in 2011.

So in effect trade is also subtracting from the UK economy and if the current account deficit carries on worsening, not only will it weigh on growth, but it is bound to have a depressing impact on GBP. A lower GBP will also feed inflation via energy and food imports, so would further dent already hard pressed consumers with earnings growth around 1.5% and inflation at about 2.7%. And going by recent form there probably won’t be any dramatic pick-up in exports on GBP weakness either, though it should provide some help.

Too much Europe
In terms of the UK’s trade performance one of the problems seems to be its heavy dependence on Europe. Accounting for the Rotterdam effect – where UK goods are shipped to world markets via North European ports – Europe absorbs just over 40% of UK trade. The impact of austerity measures in peripheral Eurozone countries have naturally led to declines in import volumes with Spain for instance shifting from persistent large current account deficits to steady surpluses. This is mirrored by the UK’s current account deficit with EU countries doubling to 4.5% in just five years. So in a sense GBP, and the UK in particular, are a victim of these savage austerity programmes across much of the Eurozone.

Meanwhile, the UK’s trade with the non-EU world saw a 65% rise for goods exported and a 35% increase in services sold abroad between 2006-2012, so the dependence on European markets is slowly diminishing in favour of still growing emerging market countries, North America and Australasia.

The other factor hampering the UK’s cherished rebalancing towards exports and investment is the fact that it’s manufacturing base has withered to just over 12% of GDP, though that is slowly recovering. However, manufactured goods contribute just over half of the UK’s exports with aerospace and automotive performing particularly well. By contrast in Germany, manufacturing accounts for about 20% of GDP and therefore that country makes a broader range of products to offer on world markets. Indeed, growth areas driven by emerging markets ranging from infrastructure related goods, machine tools through to luxury items have not benefited the UK nearly as much as Germany due to the former’s much smaller industrial base. Many emerging markets have not yet grown to levels of prosperity where they require services – an area the UK is strong in. 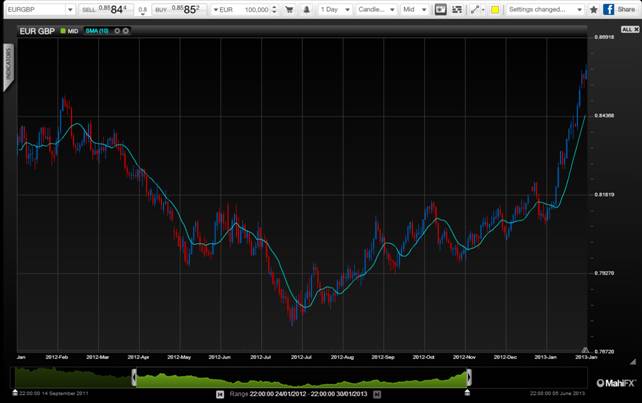 Some reasons for optimism
But it’s not all doom and gloom. The UK’s unemployment rate has been falling and stands at 7.7%, despite cuts in the number of public sector workers. The other factor is that the UK has a flexible economy and there is a growing number of start-ups across the country spurring innovation, job creation and should contribute to economic growth.

GBP’s fall against the EUR may help exports to healthier parts of the Eurozone, but what’s really needed is a recovery in demand in countries such as Spain, Italy and even France and there are tentative signs that some peripheral Eurozone economies might be close to bottoming out.

But whilst this painful rebalancing of the economy takes place GBP is likely to see prolongued spells of weakness, punctuated by sharp relief rallies in what is otherwise probably a long-term bear market. 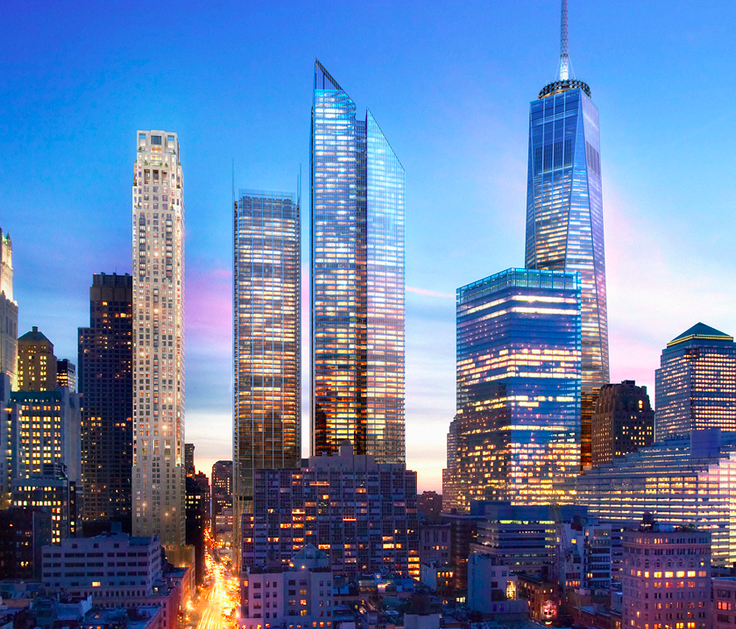