The New Year started with Dollar gains as market optimism pushed the greenback higher against the most global currencies. Equity markets rallied as investors looked to build upon their long positions. The pandemic and spread of the Omicron variant appeared to be centred in Europe. As a result, this limited the downside risk of Dollar sentiment. However, as the week came to a close the Dollar was negatively impacted by the disappointing levels of December US jobs growth. The forecasted employment data was twice than what was actually released. Despite this the Dollar had only paired the week’s gains and did not accelerate to a downward trend. The fact that US unemployment numbers are still relatively low diminished any fears of a contracting economy.
&nbsp
Heading into the second week of the year, it is clear that many risk assets including equities and crypto are struggling to hold on to gains. This scenario is playing into the hands of the Dollar as it recoups some of its losses from the weekend. The currency majors weighed down the most are the Euro and Swedish Krona. On the other end of the scale sits the Australian and Canadian Dollar, along with the Norwegian Krone. Higher interest rates and plans for further rate hikes ensured that these currencies are less resistant to downward market pressures. As for the central European currencies, they appear to be dragged lower with the Euro and thereby leading to opportunities for short Dollar positions. Political tensions with Russia are not helping to reverse the Euro weakening trend.
&nbsp
Fortunately, the forecast for the remainder of the week is not all doom and gloom. Global equities are positioned to stage a comeback with the NASDAQ posting some gains. Likewise in Europe, the STOXX 600 managed to recover from a losing streak of three consecutive days. In other markets, oil and gas prices are on the rise again, as well as precious metals. Data releases from global markets have shown positive signs. In Australia the November Retail Sales figures reported nearly twice the expected number. The industrial output numbers in Germany and France last week disappointed, however this has not soften expectations of positive European data releases this week. Market sentiment was elevated by surprisingly high industrial output data from Spain. 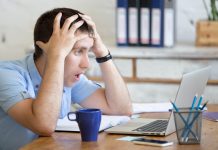