In the past week the Dollar faced resistance to its near-term trend of strengthening against the currency majors. Despite the fact that the jobs report released in the beginning of the month showed robust numbers, the greenback initially declined following a bout of profit-taking. However, the short-selling momentum was brief and with little follow through. As a consequence, the Dollar made a full recovery displaying its resilience during period of uncertainty. Against currencies from nations whose central banks are looking to normalise their monetary policies sooner, the Dollar made the most gains. More notably was a Dollar recovery despite a slide in US yields.

As the new week has begun, the Dollar resistance from the Swiss Franc and the Yen appears to have continued. On the flip side, last week’s weakest performers against the greenback such as the Scandies and Dollar-bloc currencies are also continuing on the same trajectory. It becomes clear that the central banks which are lagging when it comes to normalising rates are resisting the Dollar advances. These are the patterns which are being exhibited in the global currency markets, however volatility is low due to the quiet trading session that are typical during the mid-summer period. Global yields have also drifted lower with a slight rally in the major equity indices.

One focal point of this week is the headline increase in US inflation. The CPI data release was significantly higher than in the period earlier, as well as the June Year-on-Year numbers. This can be partially explained by the increase in consumer spending made available from the US government stimulus checks. Additionally, the closures that were a direct result of the pandemic resulted in consumers saving their disposable income earlier. Therefore when the economy was re-opened, prices received an initial boost as cash was injected back into businesses. So far the FED has categorised this price increase as transitional inflation with the Dollar reacting to the upside. However, should there be concerns are this can spill-over to uncontrollable inflation? 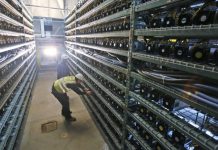 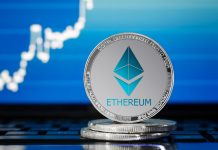