As the Euro celebrates its 20th birthday, there are many signs of a cooldown in the Eurozone economy, following a turbulent 2018. Looking ahead to 2019, the road is expected to be a bumpy one for European financial markets, thanks in part to the Brexit fallout, Italy’s budget woes as well as the prolonged trade tensions between US and China which are significantly impacting the financial markets globally.

But what does all this mean for Forex traders? Lukman Otunuga, Research Analyst at FXTM, predicts the highs and lows of Forex markets as the UK prepares to leave the EU.

As we head towards Brexit day on 29 March, it seems we’re no closer to understanding what Brexit really means for the UK and the EU economies.

The Forex market functions on the level of trust traders have in global currencies. As such, uncertainty over the current and future strength of an economy introduces greater risk when it comes trading said currencies.

Blurred by Brexit limbo, the British Pound is being subject to more volatility than usual and the same Brexit uncertainty has the knock-on effect of impacting inflows of foreign capital into the UK and potentially weakening Sterling even further. These discouraging macroeconomic conditions could threaten Britain’s position as an investment hotpot while also encouraging the Bank of England to cut interest rates in an effort to stimulate economic growth,

Keeping a finger on the pulse

Any Forex trader should keep their eyes peeled for signs as to the direction of the final exit agreement as it plays out.

With Theresa May unveiling her Brexit ‘Plan B’ to Parliament and debates on the deal expected to take place near the end of January, the Pound is poised to turn volatile and highly reactive to Brexit headlines. The outcome of the Parliamentary vote on May’s ‘Plan B’ could play a role in how the UK exits the European Union.

Looking at the bigger picture

Despite being a fairly localised geopolitical event, Brexit has the potential to cause ripple effects wider than just the Eurozone economy.

Emerging market currencies – such as the Turkish Lira, South African Rand and Russian Ruble – could find themselves in the firing line if Brexit sparks widespread risk aversion.

However, safe-haven currencies such as the Japanese Yen and the Dollar could be key benefactors from Brexit as traders park their cash in times of market flux. If the trade tensions between US and China continues or indeed escalates, the Yen will remain the undisputed king of FX markets in 2019.

The extent of the unknowns around the path of Brexit makes it very difficult to provide any direction, or market expectations on future Pound movements. Growing concerns revolving around a nightmare no-deal outcome have drained investor confidence thoroughly throughout the past couple of months, while chaos within the Commons has added further fuel to the raging Brexit flames. 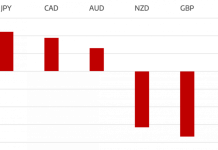