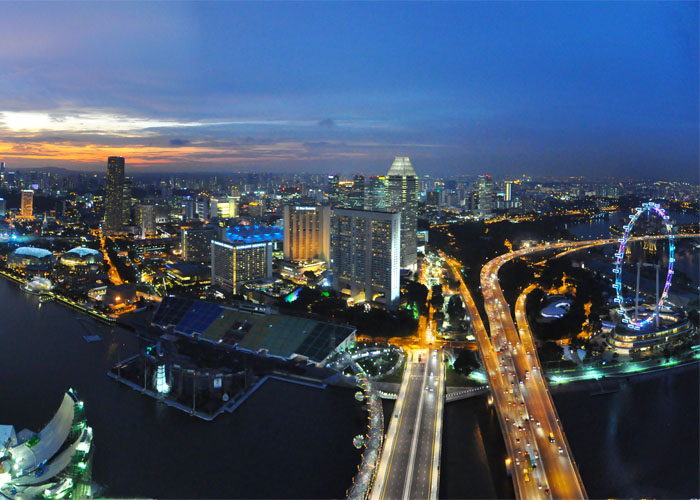 Note: Few are paying attention to U.S. Treasury Secretary Jack Lew, who said on Monday that Congress really should act before the debt ceiling is reached on Friday. It was on the front page of the FT but not the WSJ!

Emerging Markets: Should We Worry?

So far 2014 has greeted emerging market assets like the Seattle Sea Hawks greeted the Denver Broncos on Sunday. Some economists are invoking the emerging markets crisis of the late 1990s, when the financial systems of less-developed countries collapsed like dominoes. Others argue that the economic fundamentals in the developing world today are generally not as weak as they were in the mid-1990s. Governments in most developing economies are generally not as indebted as they were heading into the 1997-1998 crisis, and external debt (as a percent of GDP) is also lower today. Suggestions for those with equity portfolios:

Define the portfolio’s EM currency exposure. What countries? What assets?
Accept, mitigate, or eliminate the FX exposure. Know what you want.
Understand that U.S. corporate earnings will be affected by a potential EM meltdown. Again, define the exposure, and determine what you want.

Slowing inflation in the bloc has increased the chance of policy loosening from the European Central Bank. Italy reported January inflation down to 0.6% from 0.7%, the lowest since October 2009. The Eurozone’s average is 0.7%. The EUR traded in the narrowest range against the greenback in five weeks. The European Central Bank meets on Thursday amid speculation that slowing inflation may prompt officials to consider additional stimulus. ECB appears to be talking out of both sides of its mouth as it to tries to boost lending activity at the same time that it is demanding restructuring. In my opinion, they’ll move toward the aforementioned, and the EUR will soften. Implied volatility is flat and stable.

AUD: The Aussie climbed after the Reserve Bank held rates and policy. RBA seemed to shift to a neutral interest rate bias, which potentially has significant and lasting implications. The central bank removed its reference to an uncomfortably high exchange rate suggesting that higher than expected inflation may have been partly caused by the AUD’s decline.
NZD: Emerging Market concerns and weakness in commodities aided in a hammering of the Kiwi in the fortnight. On Monday the NZD did received a boost and moved off its lows when the Chinese Non-Manufacturing PMI showed positive growth. Implied volatilities in NZD/AUD pairing are stubbornly low.

Recommended Enhanced Yield Structure: Long AUD forward vs. USD (As opposite to AUD/NZD due to attractive AUD/USD implied volatilities)

Broad themes have dominated CAD trading on a dearth of data. The Loonie strengthened in wake of Friday’s report by the U.S. State Department that concluded the environmental impact of approving the Keystone XL pipeline would be “minimal.” Canadian economy is accelerating but growth is modest. Housing has cooled but it’s still overvalued. The Juxtaposition of higher rates of growth in the U.S. and the Fed’s tapering against sluggish Canadian growth, continue to point to a weaker CAD. Implied volatility is moderately higher.

The JPY rallied to 100.73 early Tuesday (Close to the 200 day moving average), but the yen sold off later in the day. Technically speaking it “should” continue weakening. Fundamentally, the JPY’s climb was in combination with better than expected data in Japan, some disappointing data from the U.S. and emerging markets instability, which over the last week has increased demand for haven assets. On Tuesday afternoon demand for safety dampened. Implied volatilities are up considerably.

Recommended Enhanced Yield Structure: Short JPY vs. EUR (As opposed to a JPY vs. USD, because EUR/JPY implied volatility is higher. Additionally, this position offsets the book’s overall EUR exposure).

The GBP firmed on Tuesday after falling against most G8 currencies for the first time in five sessions. A weaker-than-expected manufacturing activity report from Britain and a UK January manufacturing PMI reading disappointed. On a positive note, the export orders index rose to its highest level since February 2011. Technical signals suggest holding the GBP to a 1.6360 target.

On speculation the global economic recovery will weather a U.S. manufacturing slowdown, the Mexico peso rose from an 18-week low. Bloomberg analyst project that Mexico’s economy will expand 3.42 percent this year, and Bank of America said the currency is a ‘buy.’ The currency has clearly outperformed its EM counterparts. Realized and implied volatilities remain remain high. In the shadow of emerging market jitters exercise caution.

Huddleston Capital Management (HCM) is the managing member and investment manager of the Enhanced Yield Currency Fund (EYC). The managing partner is Ron Huddleston, me. HCM is registered in the United States as a Commodity Pool Operator (CPO) and a Commodity Trading Advisor (CTA) with the NFA and CFTC. In addition to the fund, HCM offers managed accounts using OTC options and forwards. HCM is looking to partner with a U.S. bank to introduce foreign exchange managed accounts and investment products that will allow clients to gain alpha, diversify, and hedge currency exposure.

This post was originally published on Hedgethink.com, a digital thought leadership platform focused on the hedge fund industry. See its full range of daily content here.