One of the most common – and most frequently ignored – rules in trading is to never risk more than 2% of your capital on any one trade. The fact that so many traders ignore this rule is one of the main reasons why most traders lose money. The history of trading is littered with tales of traders losing several years worth of profits in one shockingly bad trade. No matter how sure you are of a trade, you should remember that the markets always have the capacity to surprise – and that the only truly predictable thing about them is that they will remain unpredictable.

Every trader dreams of catching “The Big One”, the single trade that will make their fortunes in an instant. It doesn’t help that market folklore is full of tales of big-time traders making a killing on a single market event, such as the day George Soros made $1 billion by shorting the pound, forcing the UK’s exit from the ERM. But for every big profit that you hear about, there are countless big losses that traders are usually too ashamed to make public – losses that knock them out of the game forever.

As the following table demonstrates, big losses are very difficult to bounce back from:

So, if you began trading with $1,000 and lost 50% on a single trade, you would then need a 100% gain, or a $500 profit, just to take you back to the break-even point. Losing 75% of your capital would require a 400% gain – which is nigh-on impossible – just to get it back to where you started. In most cases, getting into this situation pushes you to the point of no return, and you may be at risk of blowing your entire account with just a few more losing trades.

This can, however, be avoided by ensuring that you never suffer a big loss. This is why the 2% rule is so important. If you only lose 2% per trade, you would need to have 20 losses in a row before you lost 20% of your account. Even if you were extremely unlucky (or bad at predicting the market!) and did lose 20 times on the bounce, you would still have 60% of your capital intact. Although that wouldn’t necessarily be the best position to be in, as you would need to make an 80% profit to break even, it’s a lot easier than the 400% target for the trader who lost 75% of their account!

Often, success in trading can be more a matter of not losing than it is of winning. If you can control your losses, you will be much better placed to take advantage of profitable opportunities when they arise – and that’s why the 2% rule is so important.

Social Media Wielding an Increasing Influence on Markets, According to Survey 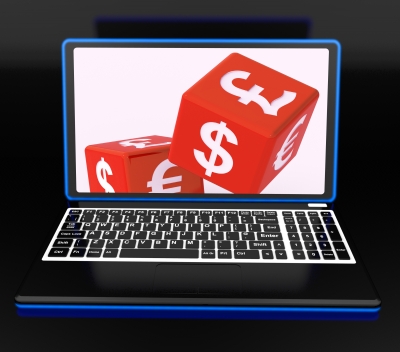