This is because it impacts on the market’s valuation of the US dollar, which is involved in over 90% of all forex transactions. Aside from the US PMI number, the Eurozone PMI is the next most important, as this affects the valuation of the Euro as well as having an indirect influence over the US dollar valuation.

Although the PMI number is considered to be of secondary importance in terms of economic forecasting, the data is still relevant because the purchasing managers of a nation provide us with an idea of how people are feeling about the prospects for the economy, giving an insight into the sentiment of the market as a whole. When they think the economy is improving, they will purchase more, but if they expect a downturn, they will purchase less.

What is the PMI exactly?

In the US, The Purchasing Managers’ Index or PMI is released by the Institute for Supply Management, a not-for-profit group with approximately 40,000 members working in supply management. The index itself is based on a survey of between 400 and 600 purchasing managers from various industries around the country. It is composed of five weighted components:

The purchasing managers in the survey respond to questions with “better”, “same” or “worse”, and then the results of this survey are then diffused and normalised to a figure between 0 and 100, which gives us a PMI figure indicating the percentage of respondents that show an improvement in their sentiment.

How to interpret the PMI

As a sentiment indicator for the manufacturing industry, and to a certain extent the entire economy, the PMI number has great importance. Its importance is heightened by the fact that it comes out on the first day of the month, before most of the other indicators relating to the previous month.

As a rule of thumb, a PMI number over the key 50 level will signal expansion in the economy, while a figure under 50 will signal contraction. That being said, the number itself is less important than its trend or performance over time. A rising index will indicate economic expansion, while a falling index will still indicate contraction even if the actual number remains above 50.

What it means for forex traders

If the PMI number indicates an expanding economy, then the currency of that country should be boosted in relation to other currencies. This is because it serves as an indicator that a central bank may feel there is an opportunity to raise interest rates and therefore boost the value of the currency.

However, if the PMI number shows a contracting economy, interest rates may need to come down in order to stimulate the economy, and this will push the relative valuation of the currency down.

Fundamental forex traders usually look at the PMI in combination with the Gross Domestic Product and the Producer Price Index to provide confirmation of economic trends. On the whole, PMI readings provide a valid gauge of the possible future direction of an economy, providing a preview of what purchasing managers anticipate for their industries over the next few months. 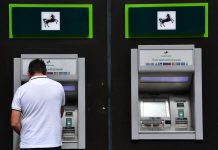