The EUR/USD tumbled to fresh monthly lows on Friday, as the dollar rallied across the board despite mixed inflation figures out of Washington.

In economic data, German business confidence was little changed this month, as more companies indicated overall satisfaction with the economic climate despite reservations about the months ahead. The Ifo business climate index for German industry edged down to 108.5 in May from 108.6. Economists forecast a slightly bigger fall to 108.3.

In the United States, inflation fell in April by its widest margin since 2009. The consumer price index (CPI) of goods and services declined 0.2% in the 12 months through April, the Department of Labor reported on Friday. That was the second consecutive month annual inflation was in the negative.

The Federal Reserve ruled out an interest rate increase in June, according to the minutes of the April FOMC policy meetings. According to policymakers, the economic data likely won’t justify a rate adjustment at this time. With underlying inflation picking up, the Fed is still on course to begin raising interest rates in the latter half of the year. However, the adjustment is expected to be minor, given policymakers’ recent forecasts.

The Federal Open Market Committee will meet in Washington on June 16-17 for its next policy meetings. The rate statement will be accompanied by a quarterly summary of economic projections for GDP, inflation and unemployment. 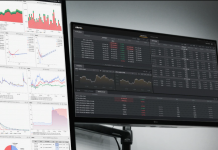