The EUR/USD climbed around 150 pips on Friday amid signs the European Union and Greece would finally come to terms on a new bailout agreement ahead of Eurozone finance meetings this weekend.

The EUR/USD has advanced 1.5% on the week, while the EUR/GBP has added nearly 2% despite several volatile sessions emanating from the Greek debt crisis.

The EU appeared optimistic about a new bailout agreement for Greece, describing the latest proposal as “thorough.”

French President Francois Hollande described the new proposals as “serious and credible,” adding that the “Greeks have just shown their determination to remain in the Eurozone.”

The Greek government submitted a detailed reform plan late on Thursday after formally requesting a three-year loan on Wednesday. According to Greek media, the latest reform plan includes a combination of tax hikes, spending cuts and other fiscal restraints. The Greek government is reportedly seeking upwards of €53 billion in new bailout funds.

Greek Prime Minister Alexis Tsipras is under growing pressure to strike a new agreement with creditors in order to unlock emergency funds from the European Central Bank. According to analysts, without ECB funding, Greek banks would implode. Greece announced earlier this week that the banks would remain closed for a second straight week after withdrawals were capped at €60.

Eurozone finance ministers are scheduled to meet in Brussels on Saturday, followed by a meeting of Eurogroup leaders on Sunday. A full EU summit is expected to commence on Sunday afternoon. 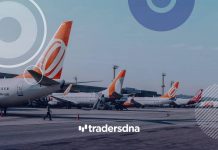