The EUR/USD rebounded from fresh lows on Monday after the Greek people rejected international creditors’ bailout reforms in Sunday’s referendum, leading to speculation that Athens may be inching closer to exiting the euro.

The US dollar was benefiting from broad safe-haven demand on Monday, as investors continued to speculate about a possible Greek exit from the Eurozone. The US dollar index, an exchange-weighted average of the dollar’s performance against six currencies including the euro, climbed 0.4% to 96.53.

Greece’s interior ministry said that around 61% of voters rejected the troika’s latest bailout offer in Sunday’s national referendum, compared to just 39% who were in favour. The decisive no vote bolsters Syriza’s mandate in future negotiations with creditors, which could resume as early as this week. European Commission President Jean-Claude Juncker held an emergency conference with European Union leaders on Monday morning. According to reports, a summit of Eurozone leaders is planned for Tuesday.

The EUR/USD could experience further volatility in the week ahead, as investors react to ongoing discussions over humanitarian aid for Greece. Greek banks are also expected to reopen on Tuesday. The country’s banking system is on the verge of collapse after the European Central Bank refused to extend emergency funding at the end of June.

In economic data, German factory orders weakened less than forecast in May, the Bundesbank reported on Monday. Factory orders fell 0.2% from April after rising 2.2% the previous month. Analysts forecast a drop of 0.4% from April.

The current conditions index rose to 14.8 in July from 11.8 the previous month, while the expectations index dropped to 22.3 from 22.5. 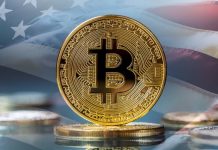