The EUR/USD was little changed on Monday, holding above the psychological 1.10 level after plunging 3% last week on signs the European Central Bank was prepared to expand its stimulus program.

The EUR/USD was trading at 1.1016 at the start of the North American session, relatively unchanged from the previous close. The EUR/USD briefly traded below 1.10 last Friday amid a two-day drop that sent the pair plunging more than 300 pips.

Underpinning the euro’s recent struggle has been a surging US dollar. The greenback rose more than 2% against a basket of world currencies last week, reaching its highest level since August after China introduced new stimulus measures.

“The Volkswagen scandal has had no impact on the German automotive industry,” said Ifo President Hans-Werner Sinn.

Global stocks traded mixed on Monday ahead of an active week that features several earnings reports, key economic data and interest rate decisions by the Federal Reserve and Bank of Japan. The Fed is widely expected to keep its key rate unchanged this week, providing an additional catalyst for global stocks. 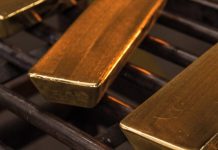