The rally in Europe continued for the most part on Thursday, raising hopes that the final stretch of the year will bring semblance of calm back to stocks following a volatile third quarter.

Anglo-Swiss miner Glencore PLC (GLEN) was back on the defensive Thursday after rebounding more than 30% in the previous two days. Share prices plunged by nearly 30% at the start of the week after analysts at Investec raised grave concerns about Glencore’s mounting debt.

The Swiss company released a statement earlier this week diffusing those fears.

“We have positive cash flow, good liquidity and absolutely no solvency issues,” a Glencore spokesman said in a statement released earlier this week.

“Glencore has no debt covenants and continues to retain strong lines of credit and secure access to funding.”

Glencore shares were down more than 4% on Thursday.

European stocks had a disastrous third quarter, posting their worst performance since 2011. Global growth fears were behind much of the rout in stocks over the summer and are likely to underlie trading conditions in the final stretch of the year.

US stocks also posted their worst quarter since 2011, despite a solid rebound on Wednesday.

Chinese stocks posted their worst quarter since the 2008 financial crisis, with the Shanghai Composite Index plunging nearly 25% between July and September. China and Hong Kong financial markets were closed on Thursday to observe the National Day holiday. The Hong Kong Stock Exchange will reopen Friday, but mainland exchanges will remain closed until October 8.

Data from Caixin/Markit revealed on Thursday that China’s manufacturing sector was still contracting in September. The Caixin China manufacturing PMI fell to 47.2 in September from 47.3 the previous month, a fresh six-and-a-half year low.

Chinese services PMI also weakened in September, but remained above the 50-mark separating contraction and expansion.

In commodities, oil prices rebounded on Thursday, with Brent crude rallying 81 cents to $48.98 a barrel on ICE Futures Europe. US crude advanced 82 cents to $45.91 a barrel on the New York Mercantile Exchange.

Precious metals continued to drift lower, as gold futures fell for a fifth consecutive day. December gold is down around $40 since September 24. It reached a daily low of $1,110.30 per troy ounce on Thursday before consolidating just north of $1,113.00. 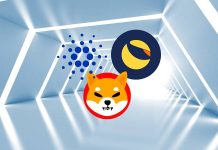 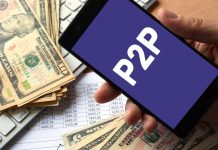