The euro took a nosedive against all major currencies yesterday after a report revealed that the ECB is considering the option of negative interest rates in an effort to prevent a deflationary scenario. The common currency was put under further pressure by the release of minutes from the Federal Reserve’s interest rate policy meeting in October, which hinted that the Fed could finally begin to taper its quantitative easing scheme within the next few meetings.

The minutes showed that many members of the Fed now feel that the risks associated with tapering have diminished, prompting speculation that they will begin to phase out the bond-buying scheme sooner rather than later. Any such move would lead to a rise in interest rates, which would make dollar-denominated investments more attractive to investors due to the higher yields.

“The (forex) market is starting to perhaps pull forward the potential for tapering and might even put December back on the table. I think a lot will be riding on the November labor report,” said Brian Daingerfield, RBS currency strategist Stamford, Connecticut, speaking to Reuters.

If the ECB decides to make the deposit rate for cash it holds overnight into negative territory, the rate would fall to -0.1% according to a Bloomberg report yesterday. The current ECB deposit rate is zero.

Earlier this month, the ECB cut interest rates to a record low, with President Mario Draghi said the central bank was “technically ready” for negative rates, if the economic situation warranted it. The economic gloom encircling the eurozone is at odds with the bullish views of Federal Reserve policymakers such as James Bullard, president of the St. Louis Federal Reserve Bank, who told Bloomberg television on Wednesday that he had been encouraged by recent US economic data and that a “strong” jobs report for November could lead to tapering as early as December.

About a quarter of ECB council members protested the rate cut earlier this month, and the divisions within the central bank have been highlighted by comments from Bundesbank chief Jens Weidmann yesterday that the ECB should not signal any further easing of its monetary policy for the time being.

Meanwhile, the dollar index was up 0.41% to 81.038 in trading yesterday. The greenback had been lower early in the session after comments from Fed Chairman Ben Bernanke stating that the central bank would maintain its dovish monetary policy for as long as it was needed, and that he would require evidence of durable job growth before he would consider scaling back the stimulus. 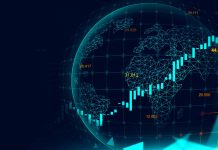