Ethereum has had an exceptional run this year having even surpassed the performance of bitcoin. Confidence in the coin seems to be on an upward trajectory as the platform continues to make tangible upgrades to the technology.

Having surpassed the performance of bitcoin, confidence in the coin seems to be on an upward trajectory as the platform continues to make tangible upgrades to the technology. We look forward to seeing the Ethereum platform take major steps this year to move from a proof-of-work consensus mechanism to proof-of-stake.

One of the key benefits of this shift in protocol is an increase in efficiency, as the block validation is less energy-intensive. This upcoming improvement – entitled Casper – goes a long way to help Ethereum become a more appealing cryptoasset, as proof-of-stake also increases security and reduces the risk of centralisation.

It seems Ethereum miners are also taking notice of the platform’s development. Recent on-chain analysis shows that miners HODLing Ether are back near the all-time highs of 1.69 million tokens, which was set in October 2019. A strong argument for why we’ve seen a significant price increase of Ether this year so far.

Last week, there were 60% more trades on eToro in the UK compared with the previous week.

Bitcoin hit $10,000 recently. The cryptoasset has performed well this year as investors appear worried about the coronavirus and seek bitcoin as a potential safe haven.

We feel there is a consensus among the community that the price has bottomed out. In addition, all the technicals look good, with bitcoin even forming a golden cross (the 50 day exponential moving average crossing up through the 200 day exponential moving average). A golden cross is widely regarded in technical analysis as a bullish signal and an indication for a potential price rally.

Central banks to convene on CBDCs

Looking forward, we are excited about the upcoming meeting of the recently formed group of central banks and the Bank of International Settlements. The Bank of England, Bank of Canada, European Central Bank, Swiss National Bank and Sveriges National Bank will join a committee chaired by Benoît Cœuré, head of the BIS Innovation Hub and Jon Cunliffe, Deputy Governor of the BoE and chair of the CPMI. Members will convene for the first time in mid-April in Washington to share experiences and discuss the potential for their individual jurisdiction to adopt a Central Bank Digital Currency. We hope to see some sort of framework put in place which will help increase adoption of CBDCs, although at the very least, it is exciting to continue to see major institutions take blockchain technology seriously.

Companies must educate on blockchain’s importance

Blockchain is the technology of the future. One question that needs to be posed is whether we have the capabilities and skills to cope with the inevitable increase in demand of highly technical roles.

A number of large companies have already recognised this and are actively recruiting for these roles. Blockchain engineer jobs were the most popular vacancies on LinkedIn over the past week, more so than roles in artificial intelligence and cybersecurity. Naturally we recognise the Luddite Fallacy and appreciate that widespread adoption of cryptoassets and blockchain will create careers in the future. But it is vital that companies play a part in educating the public, not just on the importance of blockchain but on the real world and tangible benefits such technology can bring to the wider population. 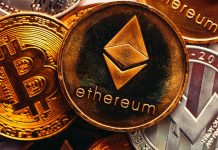