Following the success of the beta version under the working title ‘TweetSentry’, the service has now been officially unveiled as ‘Market EarlyBird’ and is being rolled out commercially. Piloted and honed for several years on trade floors, the service has already been adopted by two global banks with plans to provide EarlyBird to approaching a thousand users.

The concept was developed by British entrepreneur Danny Watkins, a former bank data security expert who developed the software after spotting a gap in the market for a Twitter experience strategically filtered and managed to give analysts access to crucial market information, but which wouldn’t need banks to alter their firewalls or networks. It was developed closely alongside customers including a hedge fund and unnamed global investment bank which this month rolled out 100 licenses to analysts and research professionals across the firm.

“While working at the investment bank, we found the real issue was that we needed a read-only, fully-recorded version of Twitter with the ability to block tweets and direct messages while managing data leakage. We also needed functionality to categorise lists of Twitter accounts by sector or region, such as, commodities, finance or emerging markets and a suggestion tool to encourage users to follow cashtags to create more manageable feeds of company data,”

Compliance regulations and confidentiality concerns mean most bank employees find themselves blocked from social media. Even those with access to Twitter find that the sheer volume of tweets means getting useful financial information can be extremely difficult.

“Fast breaking news on Twitter gets all the attention, but Twitter is also an incredibly valuable source of analysis provided by economists and journalists who use Twitter to send out links to their articles as a story develops, long before it hits the headlines. Users need both. They need background information and context before they can act on that breaking news tweet.  But finance professionals are unable to monitor Twitter 24/7. EarlyBird helps to manage this information while recognising and immediately highlighting tweets from trusted sources”.

EarlyBird’s features address the two big challenges to using Twitter professionally – who to follow to get specialist and trusted financial information and how to manage and monitor tweets. The application also gives users a head-start on their follow list. It includes the profiles of thousands of influential financial-services Twitter accounts categorised by market, sector, government and more. Users are encouraged to build on this list to gain their own competitive edge with EarlyBird’s “who-follows-who” and spam-managed search tools. And unlike Twitter, user’s follow lists are completely confidential to allow analysts to retain a competitive edge and avoid the leak of sensitive information.
Once the tweets are flowing EarlyBird then categorises and sorts tweets so the user can review them in their own time. Velocity stats draw attention to new or unusual activity; time sensitive accounts can be set to raise desktop popups, and tweets can easily be saved and forwarded to team members within Chinese wall boundaries. EarlyBird also annotates read texts to save time and prevent duplication.

The application is cloud-based negating the need for a company to change their firewall because Market EarlyBird’s Microsoft Azure servers communicate with Twitter to distribute tweets allowing the user the full Twitter experience.

In following these unique sources, analysts are empowered to grow their own competitive edge without other users seeing who they are following. Financial news breaks first on Twitter. EarlyBird makes sure you see it. 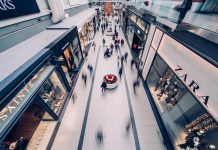