The US dollar backtracked against world currencies on Thursday as gold climbed to one-month highs, as concerns over persistently low US interest rates fuelled demand for the yellow metal.

The dollar index, a weighted average of the US currency against six global counterparts, fell 0.1% to 96.22.

The greenback was little changed against the yen and British pound, but tumbled 0.2% against the Canadian dollar.

Meanwhile, demand for gold surged in the wake of the Federal Reserve’s July meeting minutes. Gold for December delivery, the most actively traded contract, climbed $13 or 1.2% to $1,140.90 per troy ounce on the Comex division of the New York Mercantile Exchange. The futures contract reached an intraday high of $1,143.60 per troy ounce, the highest since mid-July.

“Most judged that the conditions for policy firming had not yet been achieved, but they noted that conditions were approaching that point,” the minutes said, adding “Participants observed that the labor market had improved notably since early this year, but many saw scope for some further improvement.”

Fed policymakers also expressed concern over ‘spillovers” from China. Those concerns were raised before the People’s Bank of China unexpectedly devalued its yuan, triggering a massive sell-off in the stock markets. According to some, China’s yuan devaluation all but guarantees the Fed won’t begin adjusting rates for at least the next several meetings.

The FOMC’s next policy meeting is scheduled for September 16-17 in Washington.

Gold prices, which are down around 12% from 2015 highs back in January, could experience renewed upside as investors “price in” persistently low interest rates. Uncertainty in global markets, particularly China, could also lead investors back into traditional safe zones, gold being chief among them.

In economic data, US jobless claims rose slightly last week, but the four-week average remained well below the key 300,000 threshold for the 21st consecutive week, signaling continued firming in the labour market.

The number of Americans filing for first-time unemployment benefits rose by 4,000 to a seasonally adjusted 277,000 last week, the Department of Labor said on Thursday. The four-week average for claims, which weeds out week-to-week volatility, climbed 5,500 to 271,500. 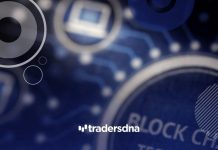 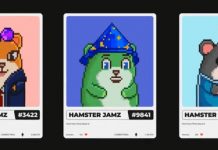