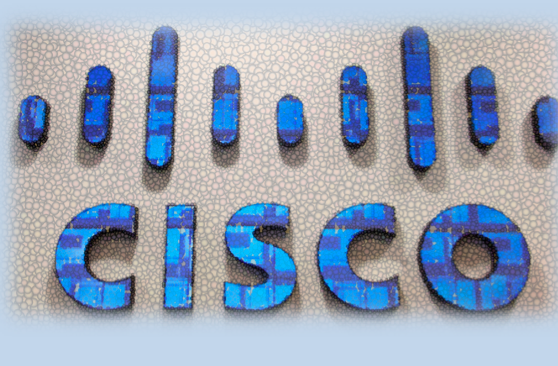 Networking solutions giant Cisco Systems, Inc. (CSCO:NASDAQ) is undergoing a period of transition. Known for their core business of providing routers and switches for networks, as well as other networking solutions, the company has been forced to shift gears as their old business model has run into problems from shifting demand and increased competition in the sector. The results have thus far been mixed. The company has managed to increase its exposure in some key areas, but is still facing important challenges in its core business. Cisco has already starting expanding away from its traditional revenue sources, and its potential in rapidly expanding fields could prove a successful strategy in the coming year

Cisco has traditionally focused on hardware sales as their main driver for revenues. Their core business of networking technology—mostly focused on switches and routers—has allowed them to control a large part of the market. The company controlled 62.40% of the Ethernet switching market in the second quarter of last year, and sales of the hardware accounts for almost half of revenues.

This is not to say that Cisco has been standing still. The company has expanded their footprint in the servers, software and cloud services sectors, managing to make some inroads. Pursuant to the point, the company’s data center segment grew revenues by 24.00% in the quarter. Data Centers are also closely related to the company’s efforts to develop its presence in the cloud services market, where the company already generates $9 billion in revenues from software and expects to expand by 10.00-15.00% annually for the foreseeable future. Cisco’s services department has also demonstrated impressive gains, adding approximately $11 billion to the top line in 2015 alone.

Finally, Cisco has been aggressive in efforts to acquire information security companies, working to provide integrated network solutions as opposed to just hardware. The company already owns several software security companies, showing itself willing to pursue additional acquisitions with its ample cash in order to further improve their offerings.

Cisco’s bold moves make them an interesting company. Their expansion beyond their core services has already proved to be profitable, with added segments rapidly becoming steadier earners even than routers and switches. Both services and fata centers have shown tremendous growth potential, expanding at near double digit annual rates as cloud technology and infrastructure becomes more commonplace and companies transition their businesses to more cost effective cloud infrastructures.

Cisco will also attempt to provide a more consolidated solution, and has worked to create a suite of services to back it up. Its purchases of security companies, as well as its investment into systems that integrate services offered is a potential goldmine, as companies are constantly hiring more cloud services, and must contend with compliance and complication issues. If Cisco can provide an effective solution, it could take a commanding share of the market in 2016.

At this stage, Cisco would not generally be viewed as a high growth company, supported by in large by the current valuation and emphasis on delivering shareholder value. However, unlike other tech darlings and unicorn startups, Cisco exhibits very stable and consistent cash flows alongside a dividend that has grown demonstrably since initiation in 2011. The company’s cash hoard of is evidence enough of the underlying financial strength as cash flows remain positive despite recent setbacks for free cash flow. For income investors, this healthy capital position ensures that the company will likely announce it is raising the dividend in the coming weeks. At 3.63%, the dividend yield is already fairly substantial, especially with US interest rates still not far from the zero bound.

For value investors, the present price-to-earnings multiple of 12.46 implies that the current valuation of Cisco has some attractive attributes. While most analysts would consider shares undervalued considering the company’s position as a market leader, it provides substantial upside potential for investors once the current equity market rout subsides. Shares are exceedingly valuable at current levels, especially if the data center and cloud services segments continue to show double digit growth in spite of the storm brewing. Based on market dynamics, Put positions are suggested to target $20 per share in the near-term especially if market volatility persists, while longer-term, establishing Call positions targeting $30 per share is advocated should the pivot towards the cloud prove effective.

Cisco has set itself up for a successful 2016, but still faces important challenges. While it has done great work in expanding its core services, Cisco’s cloud technology and offerings still lag as a relatively late entrant to the game. From a financial perspective, shares are presently at bargain levels, but could fall further based on prevailing market trends. However, robust fundamentals and a growing dividend on the back of strong cash flows should provide the tailwinds needed for shares to reach back towards 52-week highs over the long-term. If the company can successfully continue pivoting into segments with high growth potential, shares are poised to have a great year with both value and income investors benefiting from the momentum. 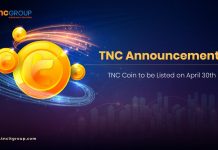