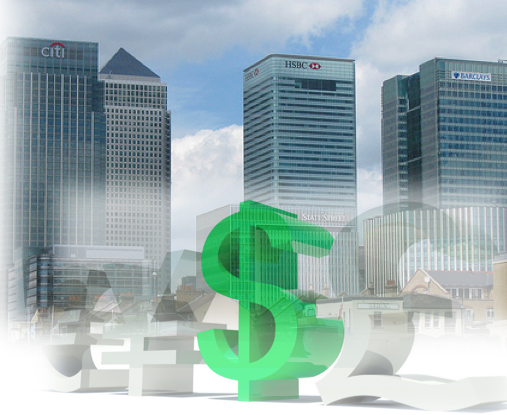 We all know that central bank decisions are some of the most influential occurrences on the forex markets, but how do the actual mechanics work? When the Bank of Japan lowers interest rates, the SNB stops buying Euros, or the ECB starts buying bonds, what’s going on?
Here we’re going to have a look at the basic mechanics that cause central bank decisions to hit the forex markets. The important thing to remember is that old solid Supply and Demand. Currencies trade based on this in the same way as any other commodity. Central Banks have to affect on, the other or both in order to change exchange rates.

If the central bank increases the interest rate, bank rates and bond rates in the United States tend to go up. If everything else remains equal the US dollar is more attractive to hold that the euro or yen and money begins to flow into the country’s investments.

Basically the price of the currencies with higher interest rates will go up until no more money can be made through simple transfers. On the financial markets, as you can see after major interest rate decisions are made, this happens almost instantly.

Direct market intervention
This is the actual buying and selling of currencies by central banks designed to influence exchange rates. At its simplest level it involves affecting the demand for one currency in another by central bank intervention. It can take several different forms in specific cases, however.

The best example in recent years has been the intervention of the Swiss National Bank which set the maximum exchange rate at 1.2 Franc to the Euro in 2011. The central bank kept its currency low against the euro by printing francs and using them to buy euros, meaning there would always be infinite supply of Francs at that level and none above it. Nobody is going to sell 1.3 francs for a euro when the central bank is selling them at 1.2.

This, of course, was risky for the Swiss National Bank and was a last gasp policy designed to reduce the impact of serious deflation brought on by a flight to safety during the financial crisis.

The other, more common side of direct intervention is propping up a currency: a practice Russia attempted sporadically through 2014. This involves buying your own currency with the central bank’s foreign currency reserves. This is an unstable practice that can result in the bank running out of reserves, and the weakening of the currency accelerating as a result.

Quantitative easing and other innovations
Less understood than direct intervention because of its novelty, QE involves printing currency in order to buy securities, i.e. bonds and equities. The US began doing this several years ago and was followed by the ECB, the BoE and the BoJ. The way it affects currencies is still debatable, but the central theory references two factors: increase in currency supply and lower interest rates.

Buying US treasuries at such a level means that yields fall substantially, lowering demand for the dollar to buy them in and having a knock-on effect on interest rates across the economy, and having the same effect, at one level, as a change in interest rates.

Increasing the money supply by such a margin, 60 billion euro in the case of the ECB program, every month creates a downward pressure on the price of the currency compared to others.

This has been the basic effect of easing programs in the US, Japan and the UK, but the ultimate result of the European program remains to be seen. Further study as central bank innovations keep popping up will result in greater understanding of these mechanics.

The above gives an outline of the mechanics that central bank decisions drive on the market, but there’s so many factors affecting the supply and demand for currencies that none is a guaranteed bet. Take any currency chart and look at it through the last seven or eight years to get an idea of the unpredictable volatility that drives forex at certain points in time.

Knowing is half the battle, however, so getting used to the way that central bank decisions are made, and learning about these mechanics and the decision making apparatuses behind them will put you ahead of the average market participant and give you insight into the more complicated derivative results of central bank intervention. 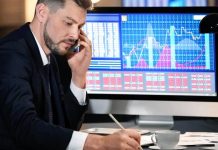