A new Quarterly Private Equity Performance report has been published, showing that venture capital funds globally currently offer a highly attractive risk-return profile, with Western European funds significantly outperforming the historical average. The report has been carried out by eFront, a financial software and solutions provider dedicated to Alternative Investments.

They have found that performance, risk and holding periods of global venture capital funds have both fallen over the last two quarters, hinting at a wave of new investments. Likewise, risk-adjusted performance, however, has improved markedly, with risk levels returning to pre-2013 levels and returns remaining above 1.4x.

On the other hand, geographically, Western European venture capital funds are setting a “new normal” for returns, with performance consistently higher than the historical average and convergence with US performance on the horizon. In this respect, the picture of US venture funds is increasingly contrasted, with vintage years 2009 and 2011 underperforming, while 2010, 2012 and 2015 significantly outperform with the average number of years companies are held in portfolios dropped sharply in 2018.

Tarek Chouman, CEO of eFront, commented about the findings that, “Despite a drop in performance from the record high achieved in 2017, returns from venture capital funds globally have remained strong over recent quarters. This, combined with a sharp reduction in the level of risk, presents investors with a real opportunity to generate attractive risk-adjusted returns from the asset class. Western Europe in particular looks very strong, and could see convergence with US performance should it be able to maintain the returns of recent vintages.”

eFront’s latest Quarterly Private Equity Performance Returns shows that while global venture capital performance has fallen off over the past three quarters, for investors, the current risk-return profile of active VC funds is highly attractive.

This convergence signifies a strong improvement in risk-return profile of global venture capital, with investors currently experiencing the high level of returns achieved over the past four years with the lower risk profile witnessed before 2013.

Time-to-liquidity has markedly decreased in 2018. Companies now are held on average 2.87 years – below the long-term average of 3.27 years and a duration not seen since 2011. Two reasons could explain this evolution: the sharp decrease can be triggered by exits, but also an increase in recent investment activity. The significant bump in performance seen in Q2 2018 would seem to point to a wave of lucrative exit activity being one of the reasons behind the shortening of holding periods.

Western European venture capital funds continued to significantly outperform the long-term average in 2018. Led by the extremely strong 2009 and 2010 vintage years, Europe is setting a “new normal” in returns, with performance consistently higher than the historical average (Figure 3). With the 2011-15 vintage years also looking strong, there is the potential for a “reset” and a possible convergence with US performance.

The picture of US venture funds is increasingly contrasted. The 2009 and 2011 vintage years have confirmed their underperformance; they might record profitable exits beyond their 10-year lifespan, but so far they are moving well below the long-term average. On the other hand, the 2010 and 2015 vintages are evolving well above average. The jump in Q2 2018 is particularly visible. 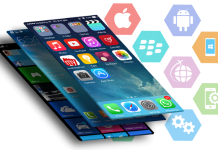