With the Brexit, how will GBP, EU, Global Economy, Capital Markets move? Some ideas and scenarios.

As Stocks market decided to put Brexit in the rear view mirror, for now, and Crude oil has staged a strong rally following the two-day slump after the Brexit shock last Friday, it seems support has come from a weaker dollar and expectations that the EIA report due shortly will show a sixth weekly decline. All in all a lot of questions marks are still there. Deutsche Bank’s Jim Reid lists, some of critical points bellow and I added some other numerous outstanding questions to answer:

I found this fantastic market and trading insights in tradingfloor.com by fxtime Hypothesis Testing:

Shakespeares’ Romeo prophesied that we are all ”fortune’s fool” and it is but chance that gives any reward. So it begs the question….just how much ”chance” do we need for financial reward? Volatility and liquidity are basics of any trade requirement. We have seen both in their extremes at various points this year. So how should we trade them? What is the safest entry point? Also what expectation of profit should we really seek?

This synthesizes a lot of the paranoia that is going one out there.

The bellow graphic displays in the other hand some views on the Pound / Exchange rate:

‘’European and Asian stocks have begun the task of recovery after the very difficult post-referendum trading on Friday. The mood today is generally risk-on, with many assuming that policymakers will utilise stimulus packages to try to offset the impact of Brexit on the economy. Traders have thus given themselves the green light to flood money back into commodities, boosting the price of oil as well as other commodities.

The threat of an impending strike by Norwegian oil and gas producers – that could happen as soon as this weekend – is also driving up oil prices. Much like the disruption in Nigeria which caused oil prices to rise, this latest production scare, this time for Western Europe’s largest oil producing nation, has pushed prices up around 2%.

The impact of Brexit on the global economic landscape has been pronounced all across the globe. The chance of a Fed rate cut by next year is higher than the chance of a hike, UK and US banking sector shares have come under new pressure, the UK’s credit rating has been cut and perhaps most worryingly, markets have little reason yet for optimism – nothing very significant has changed since the vote and the level of uncertainty is very high.’’

Paresh Davdra, CEO and Co-Founder of RationalFX, on the other hand gives his views about currencies:

‘’The pound has risen from the lows it scraped in the immediate aftermath of the referendum– where it fell to below 1.2 against the Euro – to recover slightly today. There is a more risk-on mood for traders today, as panic gradually subsides after the surprising results of the EU referendum last week. The appetite for safe havens like the yen has therefore fallen, one of a few factors that is nudging the pound back upwards.

This mini-rally, however, should not be taken as a sign that the pound’s problems are now behind it. Although it is unlikely we will see a return to Friday’s lows in the next days or weeks, if we expand the timeline to months, it’s much more likely. The market is still saturated with uncertainty – the political and economic turbulence in the UK will continue for at least a few more months and until there is some semblance of stability, the pound will not be able to make sustained gains.‘’

To finish a video from analyst Eddie Tofpik, Head of Foreign Exchange for ADM Investor Services International Limited. He states on this that

“Calmer than a week ago but the BREXIT show still carries on with lagging, pre-BREXIT indicators/data plus Aussie Federal Elections…but BREXIT is still the main event…”

Rogue Traders – The Men That Broke Banks… and countries! 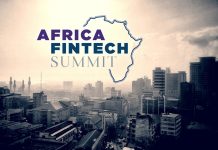