How Brexit Has Affected Petrol Prices

Brexit has had a large and immediate effect on consumers in many ways, with prices fluctuating a lot during such times of uncertainty. The price of petrol has been steadily rising for the past few years and with the announcement of the UK’s EU membership referendum result, it has been thrown into further dispute. At times it can be hard to tell whether it is the Brexit or other factors that have changed the value of petrol, but there are many ways the former has had an effect.

Before the UK’s EU membership referendum, there were a lot of predictions made about how consumers would be affected whether voters decided to remain or leave. In the immediate aftermath once it was announced that leave had won, experts were already predicting that the price of petrol would rise due to this.

While it was only a 2p per litre increase initially, over time some were claiming this would go even further with volatility set to become the new normal. However, what wasn’t predicted was that the Prime Minister leadership contest would be decided so quickly, which in some ways has stabilised the prices a little.

There was an increase in the price of petrol in the UK after Brexit was announced, but in general it hasn’t been as bad for consumers as many feared. In fact, after the first hike in prices, they dropped by 0.2p per litre in the last week of July.

Part of the reason the price of petrol has increased in the UK is because the Pound Sterling dropped in value, to its lowest point in 30 years at one stage. This has had the knock-on effect of making petrol a lot more expensive, along with the general rising prices too. It is still currently more affordable than at the same point last year though.

Since the referendum the price of fuel has fallen, while in the UK the price at the pump has pretty much stayed the same, with the odd pence or two of ups and downs. There are already calls for petrol firms to cut the price in the UK as some believe they are using Brexit as an excuse to avoid doing so.

A lot will depend on the pound’s value, as if it falls again then the price of petrol will rise. This does make a lot of opportunity for forex traders to profit through platforms such as Oanda, but for consumers it isn’t the best news. Future events including the UK actually leaving and any other EU factors could see the price of petrol rise even further. 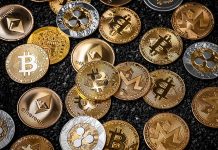