The Bank of England held monetary policy steady in April, as policymakers continued to monitor the path of inflation just days after the Conservative government secured a majority in the House of Commons for the first time since 1992.

The Monetary Policy Committee – the Bank of England’s rate-setting body – kept its target for the overnight rate at 0.5% this month and held the size of its asset purchase facility at £375 billion. Interest rates have remained at 0.5% since March 5, 2009.

The MPC will release its latest inflation and GDP forecasts on Wednesday. CPI inflation is expected to have remained at zero in March, giving the central bank plenty of leverage in maintaining ultra-low interest rates.

The Bank of England will release the minutes of Monday’s meetings in two weeks.

While no change to monetary policy was expected on Monday, the stronger-than expected Conservative victory at last week’s elections suggest interest rates may rise sooner than previously forecast. With a clear majority, the Conservatives will be able to govern without a coalition partner.

Interest rates are expected to rise gradually in the coming years, as Britain’s recovery gains traction, eventually pushing up the inflation rate. Interest rates could begin to rise in the first half of 2016, according to analysts.

The British pound was supported by Monday’s non-event, as the markets continued to speculate about the path of monetary policy. The GBP/USD climbed to a daily high of 1.5559 in the New York session, the pair’s highest level since February. Cable was up more than 100 pips in intraday trade and was targeting the 1.5600 level.

Today the National Institute of Economic and Social Research (NIESR) will release its latest estimate of UK GDP growth for the three months through April. The closely followed indicator is relied on for its accuracy compared with the official government estimate.

The UK economy slowed to 0.3% in the first quarter, the Office for National Statistics reported last month. In annualized terms, GDP growth slowed to 2.4% from 2.8% in the fourth quarter of 2014. Despite the slowdown, the UK economy is expected to grow much faster than the neighboring Eurozone. Most forecasts show GDP growth around 2.5 percent for the UK in all of 2015. 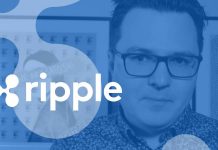