It’s easy to lose money in the forex market. It happens to all of us, whether we’re newbies or experienced institutional traders. However, for obvious reasons, it happens a lot more to inexperienced traders, and this often has the effect of discouraging them from trading before they have had time to develop the necessary skills to succeed as a currency trader. Here, we outline five of the most common mistakes that beginner traders tend to make, so that you can know to avoid them…

One of the biggest mistakes that novice forex traders tend to make is that of thinking that online trading is some kind of ‘get rich quick’ scheme. But while there is undoubted potential to make a lot of money by trading online, it’s far from a swift process. Many successful traders go through long periods of breaking even or making losses before their trading activities become truly profitable. The mechanisms underpinning the price action of currencies are immensely complex, and it takes a lot of education and trading experience before you can even begin to understand them. In addition, you need time to formulate a strategy that works for you, that can make the most of your successful predictions, minimise the losses on the trades you get wrong, and protect your bankroll from being excessively depleted by a series of losing trades. 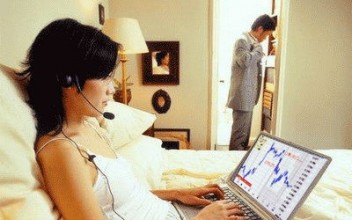 So, instead of diving straight into trading with your own money, make sure you spend plenty of time using the demo trading modes available at most brokers. That way, you can get a feel for the way the market operates, and the strategies and indicators that provide you with the best results. While some brokers place a time limit on their demo modes, such as a month, this may not be sufficient to formulate a trading strategy and refine it over the long term. Therefore, you should look for a broker that offers an unlimited demo mode, or switch to a different broker once the initial demo period has finished. This is a lot easier if you use a broker-independent platform such as Metatrader 4, as this means that you won’t have to learn the ins and outs of a new trading front-end every time you switch broker.

You should only consider making the switch to live trading once you have fully immersed yourself in the ways of the forex market, and have arrived at a strategy that is proven to be successful over longer time periods. Basically, if you have come out consistently ahead for a few months in a row, then you are probably ready to make the switch. If you haven’t achieved this, then it is a sign that you need to spend more time in the demo mode before you start risking your own money. Remember, it’s a marathon, not a sprint, and if you lose a lot of your own money, the chances are you’ll get disheartened and quit trading altogether, so it’s worth being patient.

Looking at the price chart for any currency pair, it seems entirely logical that if you had bought when the price is at its lowest point and sold when it is at its highest, you would have made the maximum amount of money from that trade. It all follows on from the classic trading motto of ‘buy low, sell high’. But while this may seem a common sense approach, it’s actually nigh-on impossible to pull off in practice. Even experienced day traders can’t spot these opportunities on a consistent basis, and if you try to hang on until you are convinced that a currency has peaked or bottomed out, you greatly increase the chance of being caught out by an unexpected price swing.

This is because very high highs, or low lows, tend to occur in volatile periods, which are often followed by a more gradual trend. In general, it’s better to wait until a trend has established itself,  and the market is already moving in the direction that you predict, rather than betting on reverses before they actually happen. While this might mean that the profits you make aren’t as big as they could be, it’s a safer approach that makes it likelier that you will lose less often.

Waiting for trades to come good

Upon looking at a currency graph, there is usually one thing that stands out above all others – the price tends to go up, then down, then up again and so on. This can lead to the belief that all trades will come good in the end, if you just hang on to them for long enough. While this might be the case in some instances, you really have to have a lot of experience with a currency pair before you can make this call. What you may notice, if you look at charts with longer time frames, is that this up-and-down wave pattern tends to have longer-term underlying trends that affect the range that the price oscillates between. These can be gradual, but they can also often be disrupted by market-moving events such as economic data releases. 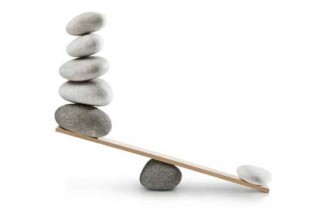 The long and the short of it is that there are never any guarantees that a trade will correct itself in the end. Yet, many beginner traders buy into this apparently common-sense assumption, usually losing a lot of money in the process. The main reason for this, other than the inherent unpredictability of the currency market, is that forex trades tend to be leveraged in order to maximise profits from relatively small price movements. Leverage effectively involves borrowing money from the broker, and if you keep a leveraged trade open for an extended time period, you will incur substantial overnight financing costs, which can wipe out any profits that you make if the trade does indeed eventually come good. Also, while a currency might appear to be trading within a range, this range could be creeping up or down over time in small increments, and these increments are magnified by leverage. That’s why most successful traders have a policy of cutting losses short, rather than chasing them. If you can take losses on the chin, you stand a much better chance of living to trade another day.

Another aspect of leveraged trading is that, if the price moves against you by a certain amount, you could end up losing more money than you have in your account, or at the very least making a sizeable dent in your bankroll that is hard to recover from. That’s why it’s essential that you place stop loss orders on these trades in order to get you out of them automatically when the price dips below a certain level. While it’s absolutely essential to place these orders at a point that will prevent you from getting wiped out, it’s a good idea to set them a bit more conservatively than this. This follows on from a policy of cutting your losses, and is an intrinsic component of any successful risk-management strategy. 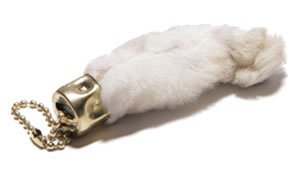 Although very few traders have a belief in supernatural powers, and it’s quite uncommon to see a lucky rabbit’s foot on the desk of a professional day trader, you might be surprised how easy it is to delude yourself into thinking in a superstitious way. What we are talking about here is the concept of a winning streak, which is a trap that a surprising amount of novice traders tend to fall into. Even if you don’t believe in this obvious fallacy, it’s easy to get caught up in the moment and get overconfident when you have made a few profitable trades in succession.

Because the movements of currencies (or indeed any traded instruments) can often seem irrational, it can be tempting to believe, even on a subconscious level, that luck has something to do with it. Sure, if you end up making more than you expected, you can consider yourself to be fortunate, but it’s a big mistake to believe that past good fortune will have any bearing on your future performance. The key to avoiding this entirely natural tendency is to adopt a disciplined approach to your trades in an effort to ensure that all of your trading decisions are made in a rational, objective frame of mind.