2013 is about 2 weeks away from being closed in our trading books but markets across the face of the Earth are vying to make a final stand on the green territory as year end, quarterly, monthly and other reports are starting to trickle in our economic radar. However, market indicators reveal mixed performances of the market players, policy makers, politics, and even the expectations. 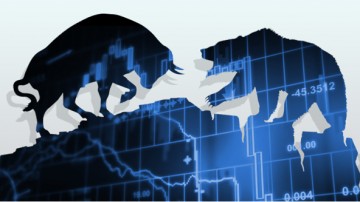 On the Forex side of the field, we take in consideration the budget deal running through the plains of Washington, DC. Commentators are saying that legislators are trying to avoid what happened a few months back where the US Government was closed and the world’s biggest financial market received warnings from financial authorities across the globe. However, what may be happening in Capitol Hill and the White House have yet to reach its doldrums in Wall Street. The US Dollar is still not affected by this budget deal. Investors and traders alike are seemingly not buying this supposedly good news. It would seem that they would take their caution before diving in to uncertain territory.

Moreover, the Federal Reserve is bent to keep interest rates low, in a move what some would call a very gutsy move; weighing in the pros and cons of keeping such interest rates at that level relative to the recovery of the still reeling-off US Economy. However, jobless claims figures climbed higher than what is expected. This is expected to cause some turbulence in trying to break resistances, especially as traded against European or Asian currencies.

A bit of note, that some insiders observe that this rise of jobless claims rose because of the occasion of the year; it is expected that the filing of jobless claims would again revert back to normal levels once we exit this Holidays season.

Next, the AUD has nose-dived in an unprecedented manner. The Royal Bank of Australia is in fact, inducing this nosedive – some saying a very radical move. The head of the RBA, Glenn Stevens said that they would prefer a diving dollar rather than a recession. Therefore, it is seen in the charts that the AUD is being oversold.

EURUSD, on the other hand, plummeted as retail levels on the US Market beat expectations. It is expected to be in the 1.35 territory as the year closes, barring another unexpected market reports.