Blockchain and its breed, the cryptocurrencies, has the ultimate goal to achieve a more decentralized monetary system, democratising access and participation within the new currency scheme while, utterly, making everyone feel part of it. Unfortunately, not everyone is an active part of the ‘next revolution’ that crypto is supposed to bring about. In fact, women have not even received the call to this revolution since only a tiny 5% of crypto-enthusiasts are female. And within this percentage are included developers, investors, founders and casually interested individuals. In this article, we will try to find out the reasons that make women stay away from the crypto and what strategies are following some experts to call them in.

Principally, because we come from recent experiences that are far from being called inclusive. We all bear in mind the incident at the North American Bitcoin Conference, where only 3 of the 88 speakers were women and the conference after party was held at a strip club, as it was reported by CoinTelegraph. Likewise, citing a study carried out by Coin.dance, as of May 2018, 94.73 percent of Bitcoin community engagement and active participation comes from men and 5.27 percent from women. Meanwhile, in the other major crypto-community, the Ethereum one, a survey conducted by Reddit user loveYouEth in October 2017, found that 96 percent of Ether users are men, and MyEtherWallet reported that 84 percent of their wallet holders were male. These data are equally representative and discouraging when speaking of the role of women in crypto.

The problematic gets more worryingly if we though about crypto and blockchain as building something new, away from old and obsolete monetary schemes, though women are not an active part of it. This leads us straight away that there is something wrong going on in there.

But, what makes women not to step into the crypto-world?

The answer may lie in the inherent risks of trading and the stress attached to it. As CoinTelegraph recently said, “The discrepancy between the amount of men and women involved in cryptocurrency could possibly be explained by a study titled “Risk and Reward Are Processed Differently in Decisions Made Under Stress”. Stress amplifies gender differences in strategies during risky decisions, with males taking more risk and females less risk under stress”.

The volatility that reigns cryptocurrencies probably boost the stress attached to risk/rewards trading strategies, and apparently women are more afraid of. This could be a reason why there are fewer women than men involved in Blockchain and cryptocurrency. Something similar happens in the number of men and women in careers like banking and finance, roles that sometimes involve making risky decisions in situations that can induce stress. In here, the disparity is also on the spotlight.

Digging a bit deeper in the biological differences, leadership consultant Doug Sundheim noted that women put more emphasis on the negative consequences of risk than men do. He said that, “When facing a risky decision, leaders must weigh a lot of factors. Two of the biggest are, first, the likelihood that the risk in question will help hit strategic objectives and, second, the effect the risk will have on people involved…In my consulting practice I’ve noticed a tendency for men to put a stronger emphasis on the former and women on the latter.”

Despite the loose facts behind these biological factors, a rather better approach to the matter would come from cultural behaviours. If the world of crypto is managed and leveraged by men, these will encourage other men to join in. Most of the times, they would even do so unwittingly. The trading flow itself is born out of men’s minds, and as such, their strategies will follow marketing practices that work well on their client’s niche, which are mostly men. Men communicating to men.

Phu Styles, founder of the Women in Blockchain Foundation recently said to cointelegraph that, “As with most things tech related, men are the target demographic for crypto, thus due to a lack of exposure, there are fewer women invested/involved in cryptocurrency.”

The visibility has to match up an increasing awareness

Here is where might lie the real reason of this astonishing low 5% inclusion. Now, it is when action must be taken. Most of the women involved come to the same conclusion: the visibility has to match up an increasing awareness. Women are as interested (or not) as any other person in trading endeavours, and crypto is no difference.

Crypto expert, Maria (Masha) Prusakova, has the key to make women more participant in the crypto economics: “The problem is that they are not given the same level of public exposure and recognition. First, to foster the diversity, we need to get more women interested and involved in doing work in blockchain: organizing regular crypto discussions for women, weekly “women in crypto” meetups and workshops to teach each other about the newest trends in blockchain.

Secondly, she continued as it was reported by Forbes, “The education on blockchain and cryptocurrency should be more available. Just as Code.org aims to teach Computer Science to every high school student, “Cryptocurrency” needs to be part of a school curriculum. Universities should integrate courses on crypto in their Masters and MBAs programs and create Masters specialized solely in studies of cryptography and blockchain.”

And finally, nor least important though, this attorney-at-law and Co-Founder and Chief Legal Officer of Crypto PR Lab said that, “the success of the leading women in crypto should be publicly recognized. We should raise awareness about their achievements, interview them and write about them in the top media, invite them as speakers and mentors for the startups. Such exposure to female role models will motivate more women to explore blockchain technology and work in this industry.”

The idea of crypto, as in its core, doesn’t make any difference at all between men and women. What does leverage any disparity is the people involved in it. We believe we all should be part of it, not matter the background or the gender, and a new industry such the crypto-economics can’t tolerate that levels of disparity. We are still in time though, and more and more women are starting to raise their voice and start trading in crypto and investing in blockchain.

In fact, this tends aligned well with recent movements. It has been encouraging years for women all around the world. Feminists movements have risen up within two years reporting sexual discrimination and unpunished abuses. Furthermore, women from all corners of the globe have stepped up and claim their role as main characters in a movie that didn’t really count on them much. Now, their voice is more heard than ever and much has been achieved in terms of citizen’s awareness. However, this massive adherence and comprehension doesn’t change long-lasting patriarchal mental schemes from one day to another, and unfortunately, same behaviours are kept followed in reluctant economic sectors traditionally inhabited by sky-high alpha male egos. Crypto is still under-construction and it is new enough to avoid such weaknesses, and women can still step up (and I am pretty sure they will) and claim the role within the crypto-world. 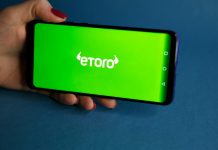