There is no more waiting; the Brexit Vote is here. Both sides, In and Out, are hours away from facing the most important challenge created for the European Community. Things may not be perfect, but the consequences of going on its own haven’t been measured or weighted.

Understanding Brexit – Investopedia
“David Cameron, leader of the Conservative Party and Prime Minister since 2010, announced support for a referendum on Britain’s EU membership in 2013. He said that the country would hold the vote before 2017 if the Conservatives were re-elected in the May 2015 general election. They were, and Cameron pursued a re-negotiation of the terms of Britain’s membership, to be followed by a vote on Brexit.

Cameron supports the “in” or “remain” side (sometimes dubbed “Bremain”), arguing that the renegotiated terms he secured with European Council President Donald Tusk are favorable to Britain. Skeptics on both sides see the re-negotiation as political theater, which Cameron was forced to perform as a result of his prior sympathy to euroskeptic (anti-EU) arguments. They reason that this skepticism was not completely genuine, but at least partly calculated to head off electoral challenges.

The UK Independence Party in particular presented a challenge to the Conservatives leading up to the 2015 election. The movement was founded in 1991 (under a different name) to oppose Britain’s EU membership and saw its popularity surge in 2013. UKIP’s arguments, and euroskepticism more generally, also appeal to elements of the Tory base, and following the re-negeotiation a number of prominent Conservatives have come out in support of the “leave” side. These include London Mayor Boris Johnson and Justice Secretary Michael Gove.

Others see merit in the terms Cameron secured with the EU, which include exemption from the principle of “ever-closer union,” enhanced recognition for the pound, a four-year “emergency brake” on in-work benefits to EU migrants and a “red card” system that would allow a bloc of EU parliaments to block legislation from Brussels. Most supporters of the “in” camp base their opinion on the largely unforeseeable economic consequences of exit, rather than an emotional attachment to the EU. Bank of England Governor Mark Carney called Brexit “the biggest domestic risk to financial stability.”

If you are a trader or someone interested in understanding “How Important” is the Brexit Vote for the economy, make sure to follow Marshall Gittler which is one of the experts in the Forex industry. 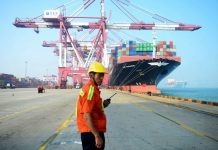