The year 2018 has been described by analysts as an uneasy calm which has left many political and economic issues to be resolved. All those critical problems that has been postponed are set to be sorted out, one way or another, in 2019. We are, indeed, on the heels of a year dominated by trade wars, Brexit melodrama, and challenging investment markets.

With so many interference and unknowns in the horizon, the question that all investors are asking themselves is: What should investors look out for in the year ahead?

We have asked that same query to Graham Bishop, investment director at Heartwood Investment Management, the asset management arm of Handelsbanken in the UK, to shed some light on the markets performance for the next 365 days.

Mad as a March hare: The US debt ceiling debate

At the beginning of March 2019, the current US government ‘debt ceiling’ (a legislative cap on the amount of debt incurred by the US Treasury) will be reinstated. Failure to further increase the debt ceiling would soon render the US Treasury unable to raise funding for government operations through the bond markets. If the debt ceiling is not raised, the US could technically default on its debt – a spectre Economic fundamentals are unchanged certain to alarm investors across the globe.

However, this is an unlikely scenario, not least because the power lies entirely in the hands of US politicians, for whom there is no advantage in pushing the US into default. Nonetheless, the debt ceiling cannot be raised without a vote – a mechanism broadly seen as outdated and ineffectual, as well as wielding high economic risk. Further, the debt ceiling has been suspended for some time, prompting questions about its usefulness. The Republican Party has typically claimed that the vote serves a valuable function as a check on government spending, but President Trump has expressed support for removing the limit. As Congress reopens in Washington for 2019, the newly-Democrat House of Representatives (equivalent to the UK’s House of Commons) may seek to enact change.

Fending off a slowdown: What will China do next?

Another (far more orchestrated) political calendar date will also occur in March. China’s annual National People’s Congress (NPC) will be held on 5 March, with fiscal and GDP targets to be disseminated.

Chinese authorities introduced a number of stimulus measures in 2018 (largely focused on domestic consumers), but as the impact of tariff wars with the US begins to show up in economic data, authorities urgently need to further ease financial conditions. Indeed, China’s manufacturing PMI (purchasing managers’ index – an important marker of economic health) contracted in December, falling for the first time in 34 months, leading to fresh but relatively small easing efforts in recent days. More significant policy announcements may follow when the NPC meets in March.

Trading places: One new trade deal in place, another in the pipeline?

Hidden among news of investment market turbulence and a US government shutdown over the festive period, a new global trading agreement – the Comprehensive and Progressive Agreement for Trans-Pacific Partnership (CPTPP) – came into force on 30 December 2018. The CPTPP is the successor to the TransPacific Partnership (TPP), a proposed trade agreement which became defunct once the US withdrew its signature in 2017. The new agreement eliminates tariffs across a comprehensive range of goods and services between 11 nations, including Australia, Mexico and Japan. Collectively, these signatories equate to the world’s third largest free trade area after the North America Free Trade Agreement (NAFTA) and the EU, with positive potential for global growth.

Meanwhile, trade talks between the US and China may be evolving, but China is also hedging its bets. The Regional Comprehensive Economic Partnership (RCEP) – a trading bloc that would encompass 16 Asian and Australasian nations – remains tabled for completion, perhaps this year. The RCEP would create the world’s largest trading bloc, covering around half of the world’s population (3.6 billion people) and approximately 40% of global GDP. Not only could the deal reduce tariffs on thousands of products, but it could also simplify supply chains by substantially opening up access in nations with relatively high trade barriers.

The stabilisers are off: European bond markets without the ECB

Six years after President Mario Draghi vowed to do ‘whatever it takes’ to support Heartwood strategies, visit the eurozone economy, the European Central Bank (ECB)’s generous quantitative our website or contact your easing (QE) programme has drawn to a close. Despite slowing data in the local representative. eurozone, the ECB has no plans to purchase eurozone bonds in 2019, but will maintain its current interest rate levels at least until the summer.

But the end of QE in December came with a health warning. Draghi cautioned that growth in the single currency region would be limited to 1.7% in 2019, citing geopolitical factors and protectionism, as well as vulnerabilities in emerging markets and financial market volatility. As 2019 begins in earnest, investors will soon see how eurozone bond markets will fare without the support of their central bank.

Pragmatic or unrealistic: Interest rate hikes in the US

As usual, the US Federal Reserve (Fed) will hold eight regularly scheduled meetings throughout the year in 2019. Under the tenure of Chair Jerome Powell these meetings have all become potential candidates for rate changes, as they are all followed by press conferences. Historically, this was only the case for half of all meetings, so not all held the true potential for significant policy changes. By extension, the new setup allows the Fed considerably more flexibility, while introducing some slight additional uncertainty for market expectations.

When the US Federal Reserve announced its latest interest rate hike (in December 2018), it also dialled down its forecasted number of hikes for the year ahead, from three to two. While this pointed to pragmatism on the Fed’s part, some investors believe even this reduced number of interest rate rises may be unrealistic and predict that 2019 could actually see the Fed cut rates.

The Fed’s ongoing interest rate rises are already showing up in various corners of the world, with emerging markets (which have borrowed meaningfully in US dollars) enduring a rise in their borrowing costs. As a result, Fed policy remains a key known risk going into 2019. 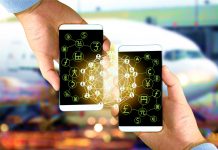 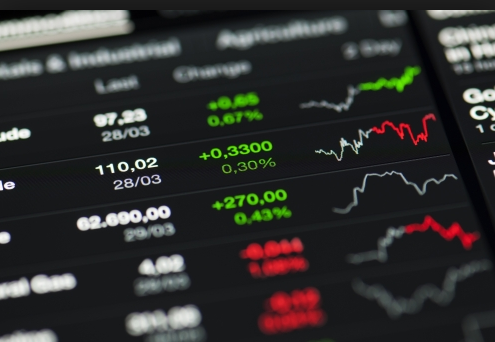