Ethereum Creator Vitalik Buterin, alongside regional leaders from the Ethereum Meetup communities of Asia, are set to gather in Hong Kong to host the inaugural Ethereum Asia SuperMeetup. Organized by Ethereum Hong Kong and Singapore, and attended by Meetups including Ethereum Taipei, Seoul, Tokyo, Philippines, Sydney, Hanoi, and Jakarta, the event is the first major community-led regional gathering.

The organizations behind it include Ethereum, TOKEN2049, Kenetic, and Digix while the Meetup will take place in the Kerry Hotel, March 13, 2019. Congregating 500 attendees, the SuperMeetup will act as a platform for discussion on the past, present, and future of the ever-larger growing Ethereum ecosystem.

The SuperMeetup will provide participants with the opportunity to learn from the leading voices in the Ethereum ecosystem as key members of the Ethereum Foundation and Ethereum Community Leaders from all across Asia come together for an informative evening of keynotes, panel discussions, and AMAs.

Speaking at the event, Ethereum creator Vitalik Buterin will provide invaluable insight into what 2019 has in store for the development of the decentralised platform. Additional confirmed speakers include Jehan Chu, Co-Founder and Managing Partner at Kenetic Capital; Shaun Djie, Co-founder and COO of Digix; Kazuki Obata of Smart Contract Capital; Brian Cheong of TTC Protocol; Chih-Cheng Liang of Ethereum Research, James Zaki of Ethereum Sydney, Veronica Andrino of Ethereum Boracay, and Teguh Kurniawan Harmanda of TokoCrypto.

It is expected that all attendees get some insights and an update of the upcoming hard fork, Constantinople, set to be released the first week of March. As Ambcrypto recently pointed out that, “ETH is also making strides in terms of development. The project is currently focused on its upcoming upgrade, Constantinople, which is also one of the most awaited hard forks of the year. This hard fork is the second phase of Metropolis – The upcoming phase, the third stage of Ethereum. The first two stages of Ethereum were Frontier and Homestead, and the next stage after Metropolis is Serenity, the stage that introduces Proof-of-Stake [Beacon and Casper] and Plasma on Ethereum.”

Once finally launched, and the event taking place two weeks later, they whole of the crypto world would have their eyes on Vitalik Buterin to know more about the next steps within the vast Ethereum network.

Participating communities include Ethereum Hong Kong, Singapore, Shanghai, Taipei, Philippines, Japan, Indonesia, and Seoul. The event is free to attend and will take place at 6:30 PM on March 13, 2019, at TOKEN2049 in the Kerry Hotel, Hong Kong. 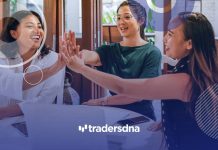