The future of payments are digital and this shift towards digital payments offerings has already started. As a recent article by the BBC described, more than five million people embraced a cashless lifestyle last year, a numbers are just expected to keep growing. And this is all good news for new payment networks such as those promoted and provided by cryptocurrencies.

Because, in fact, cashless payments offerings are varied and differ in nature: from digital wallets within our mobile phones to more traditional debit cards. Among these two, debit cards were the preferred method among consumers, with an important number of them still using both digital payments and cash. Although gradually leaving cash aside.

This, as was depicted by the BBC, represents a challenge for financial industry, specially physical locations like high street branches and ATM points. It also rises new cyber security challenges that need to be addressed and account for in the future.

“There’s a very real risk that cash is going to be harder to get access to, certainly at no charge if ATM providers are struggling to stay relevant. The increase in contactless payment usage and the use of debit cards is pulling ahead of cash use, it is incredibly exciting for the future of payment networks such as cryptocurrencies,” recently said, Richard Dennis, temtum Founder and CEO.

The expert also pointed out that while regulators and governments still scramble to work out how to handle the growth of digital currencies in the best way, the technology is actually moving at pace towards integrations with existing contactless payment gateways – meaning cryptocurrencies are becoming a viable use in everyday life. Digital currencies will work long term and finally some do work now.

“The fear from the public should not be targeted at new methods of payments like cryptocurrencies, although it’s completely understandable and will be a long education process for the masses. But rather, how will the traditional world of finance make managing your money more challenging, more expensive and put roadblocks in the way of a simpler, cheaper and more effective financial future through crypto,” he concluded.

The the UK Payment Markets report also pointed out that a total of 39 billion transactions were made in the UK last year by businesses and individuals. The vast majority of these (34.9 billion) were by consumers, and most (29.7 billion) were spontaneous, rather than scheduled payments. Businesses made 4.4 billion payments, but often of much higher value.

Bunzz: Over 500 DApps Deployed, Join One of the Largest Development... 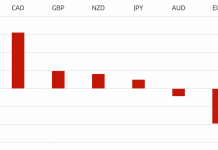